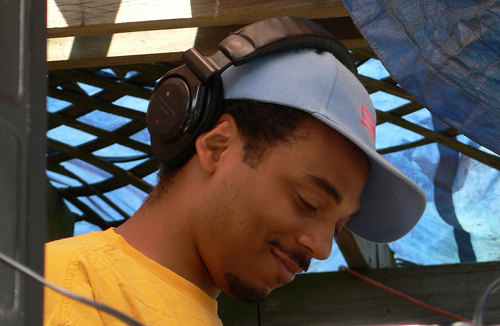 Shoreditch’s XOYO may only be a couple of years old, but in that time it’s played host to some of London’s most distinctive line-ups, and in the process left an indelibe mark on the city’s nightlife.

The club has been inactive for the past six weeks while it undergoes refurbishment. But it’s been announced today that the venue – now under the ownership of Andy Peyton, whose past credentials include the South West 4 festival and Together at Ibiza’s Amnesia – will re-open its doors on September 14, complete with a “new top-line sound-system” and “a selection of structural surprises”.

Forthcoming bookings will include nights hosted by the 2 Bears and Troupe, and special appearances from Frankie Knuckles, Omar-S [pictured] and Lindstrom; the full details of a handful of upcoming nights have now been revealed, as follows.

On September 21, Scandalism will host Alex Metric, Aeroplane and more in the main room, while South London promoters Warm and up-and-comer Artifact will handle room two; tickets here. Meanwhile, September 28 will see the launch of Ed Banger signee Breakbot’s latest album, By Your Side, with appearances from Mylo, Shit Robot and Justin Robertson; tickets can be found here.