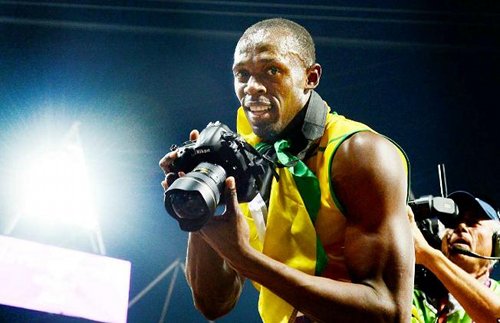 Usain Bolt: the fastest man in the world, one of sport’s greatest characters and now, it seems, a man of excellent taste to boot.

While the majority of athletes involved in the 2012 Olympic Games spent last night crammed into standing areas being forced to endure George Michael’s new single, Bolt had already had his bit of fun for the weekend. On Saturday night, he turned up at a Puma – who kit Bolt’s Jamaican team – event in East London, and after a live performance from Professor Green, got up on the decks. This after breaking a world record that very evening. Again, what a guy.

Now, even though Puma are trying to retrospectively claim Bolt as a DJ on the night, we’re pretty sure he just got up there and messed with the fader, but that’s still more than Fatboy Slim did at the ceremony itself.

You can see pictures of Bolt’s stint behind the decks here, and read FACT’s song-by-song review of the closing ceremony here.