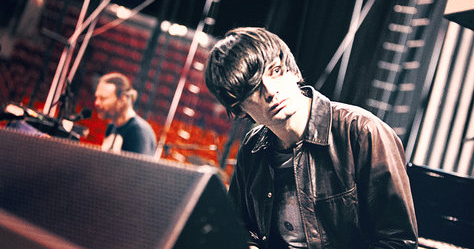 This is the second time Greenwood has worked with Anderson, following his acclaimed score for 2007’s There Will Be Blood. 50s-set drama The Master stars Philip Seymour Hoffman, Amy Adams, and is due to hit UK cinemas on September 14.

The soundtrack, out September 11 via Nonesuch, will feature 11 original Greenwood compositions (six of which were performed by the London Contemporary Orchestra), plus four vintage recordings by Ella Fitzgerald, Madisen Beaty, Jo Stafford and Helen Forrest.