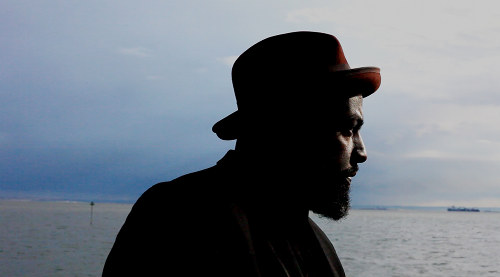 Released through his own label Majesty, New Broken Things is preceded by a new single, ‘Spaceship’, available to download from Robinson’s website. Speaking to FACT, Roger explained that “I’ve really learned a lot in being in King Midas Sound with Kiki Hitomi and Kevin Martin. They are incredibly clever people and musicians. I wanted to take the things that I’ve picked up from King Midas Sound and apply them to other sounds and lyrical approaches, not because I’m disgruntled with KMS but because I really just like making music.”

He’s also in the process of collaborating with “more Hyperdub artists”, following the success of last year’s collaboration with Oneohtrix Point Never. You can download ‘Spaceship’ here, and stream King Midas Sound’s classic FACT mix below.