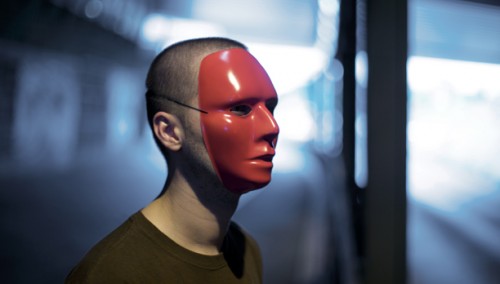 Masked crusader Redshape has been a Berlin techno mainstay for some years now, keeping the quality consistent with releases on Delsin, Styrax Leaves and elsewhere.

It’s now been announced that his next LP, Square, will be released on Gerd Jansen’s Running Back label [via Resident Advisor].

Redshape’s relationship with the imprint dates back to last year’s On Da Floor EP, whose crisp, precise sound – characteristic of the producer’s output – represented something of a departure for the label.

The eleven track LP will include a guest spot from former Kode9 collaborator The Spaceape, as well as new version of Redshape classic ‘The Playground’ – the original of which you can listen to below. Full tracklist as follows.