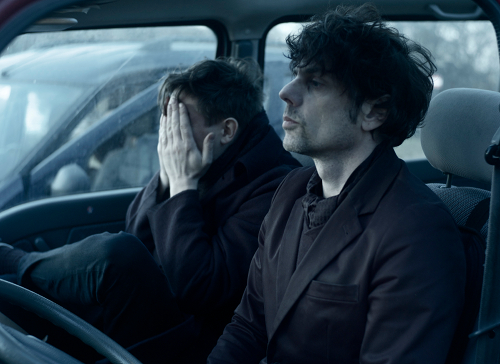 Focussed on “the universe of electronic music and digital art”, the Semibreve festival will return to its home in Braga and Guimarães in Portugal this October.

Taking place from October 2-6, the festival will play host to a series of concerts, workshops and installations as well as performances across the four nights.

A fresh batch of artists have now been announced for the festival. On October 4, Berlin-based producer and mastering engineer Stefan Betke aka Pole will join Finnish experimentalist Vladislav Delay and the Raster-Noton-affiliated Grischa Lichtenberger at the Centro Cultural Vila Flor in Guimarães.

Joining German duo Mouse On Mars [pictured] and ex-Vex’d man Roly Porter at Braga’s Theatro Circo on October 5 will be Bristolian duo Emptyset, performing with live visuals from Joanie Lemercier; and Icelandic sound artist Ben Frost and Japanese glitch innovator Ryoji Ikeda will share a bill at the same venue on October 6, along with Portugese percussionist and composer Most People Have Trained To Be Bored.

Jacob Kirkegaard will also present his installation AION throughout the festival. Many more artists and events – including an award scheme and a series of workshops – are yet to be announced, so keep your eyes peeled. Tickets and further information can be found at the festival’s website.