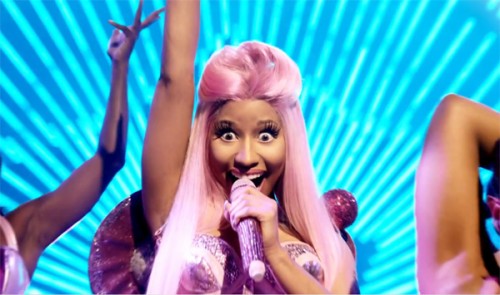 This year’s instalment of V Festival, which took place at sites in Staffordshire and Chelmsford this weekend, appears to have been more eventful than most.

First up is the news that former X-Factor contestant Cher Lloyd was pelted with bottles of piss and booed off stage during her performance at the Chelmsford site last night [via The Guardian]. Lloyd was two songs into her set, and suffering under a torrent of booing, when the first projectile was launched, causing her to walk off stage. She returned briefly to (quite rightly) berate the crowd, saying: “It’s hard enough being up here, but it’s not nice having bottles of piss chucked at you.” The culprits were undeterred, though, and after a few minutes (and missiles) more, Lloyd called her set off. Sadly no decent footage of the incident has yet surfaced.

Over at the Staffordshire site meanwhile, a man, named as 22 year old Timothy Brockhurst, died the early hours of yesterday morning. After being found in an unresponsive state in his tent, an on-site doctor attempted to resuscitate him but was unsuccessful. he was pronounced dead at 1am. The incident follows a series of deaths at large events this summer, including the death of 24 year old Craig Dearie at Global Gathering and a series of stabbings at Swedish House Mafia shows. The cause of Brockhurst’s death is not yet known, but police aren’t treating the incident as suspicious.

Update: NME report that a second man died yesterday at a private party opposite the Hylands Park site in Chelmsford. A post-mortem examination has revealed that he died from head injuries. Ten men are in custody for questioning over the incident. Police want to speak to anyone who was at the party; alternatively, any relevant information can be passed on anonymously by ringing Crimestoppers on 0800 555 111.

Finally, Nicki Minaj followed Frank Ocean in being forced to cancel her appearance at the festival due to health issues [via NME]. Earlier this month, Ocean cancelled a raft of European festival dates, including V, due to voice problems. According to a statement from a festival spokesperson, Minaj reportedly fell ill whilst boarding her flight to the UK on Friday, linked to “on-going vocal issues” that had been troubling her earlier in the week. She has been ordered by her doctor to rest for a week.