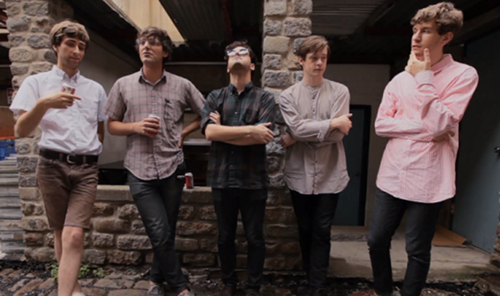 Back in June we reported the news that Matt Mondanile would be releasing a new album under his Ducktails moniker before the year is out.

Less clear at the time was the fact that Ducktails is no longer a solo project so much as a five piece band. In a new video for Pitchfork, Mondanile and co show us their practice space, discuss the new record and preview a few tracks from it.

The album was apparently written collaboratively in “five or six weeks” over the summer, and features guest spots from Dan “Oneohtrix Point Never” Lopatin, Joel Ford (aka Airbird) and Madeline Follin of Cults, among others. Brief snippets of the band practicing suggest quite a departure from Mondanile’s past work under the name. You can check the video out below – it’s a good watch, if you can fight your way through the exceptionally dry banter (it looks like most YouTube commenters couldn’t).