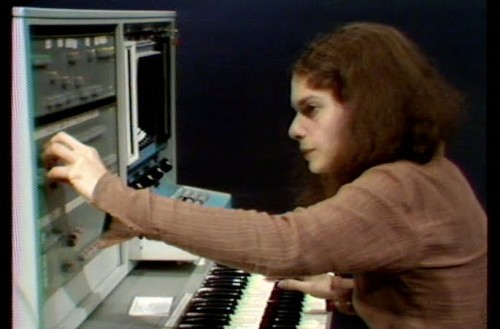 The debut album of composer/programmer Laurie Spiegel, The Expanding Universe, is to be reissued by Unseen Worlds [via Resident Advisor].

Spiegel was embedded in the New York avant-garde scene in the 70s, as well as contributing to the development of many early synthesisers and software including those of Buchla, Electronic Music Laboratories and Max Mathews.

The Expanding Universe was composed in the late 70s and originally released in 1980, shortly before Spiegel’s retreat from the new music scene to focus on her programming career. A landmark album in computer music, and something of an urtext for much of the archivally-inclined synth doodling that defines the contemporary underground, the record sounds like something of a homecoming to present day ears – evidence that it’s long overdue the reissue treatment.

The reissue will be available digitally, in double CD format and as a limited edition vinyl LP, and will include 15 additional pieces alongside the original four tracks. You can hear the opening track, ‘Patchwork’ – which is imbued with the kind of computer-age optimism that probably makes Oneohtrix Point Never go weak at the knees – below.

The Expanding Universe is due for release on September 25. Full tracklist below.