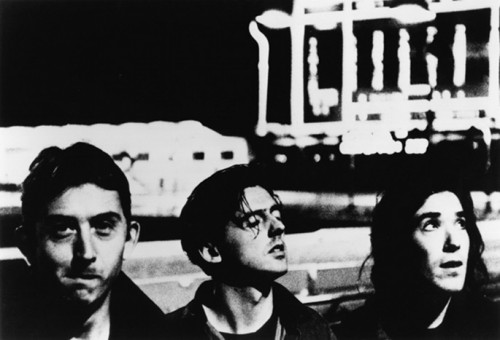 It’s been revealed that Mark Hollis, of leftfield pop legends Talk Talk, will air his first new solo music in a decade next month [via Pitchfork].

After initial chart success, the London-based Talk Talk veered into experimental territory with the richly challenging Spirit Of Eden and Laughing Stock, recorded in 1988 and 1991 respectively – albums which served to set the template for much of the experimental rock of the following decade.

After the band’s dissolution in the early 90s, Hollis released a solo album under his own name in 1998, but has been more or less silent for the past ten years.

It’s now been revealed that the first solo material to be heard from Hollis in over a decade is to be aired next month – on the soundtrack for the Kelsey Grammer-starring television drama Boss, currently partway through its second series in the US.

The September 21 episode of the series will feature an instrumental piece by Hollis, titled ‘ARB Section 1’, which will play over the show’s final scene and closing credits.

The coup was pulled off by series music supervisor Brian Reitzell, formerly a member of cult LA rockers Redd Kross, whose past credits include film work for the likes of Sofia Coppola – he previously persuaded My Bloody Valentine’s Kevin Shields to contribute music to Coppola films Lost In Translation and Marie Antoinette.

Speaking to Pitchfork, Reitzell revealed that ‘ARB Section 1’ is taken from a series of compositions made by Hollis for 2010 film The Peacock – none of it was used, and Reitzel hopes to feature the remainder of the pieces at some point in the future.

Reitzell’s fine taste is shot through Boss, with the current series featuring music from the likes of Oneohtrix Point Never, Air, and My Morning Jacket’s Jim James.