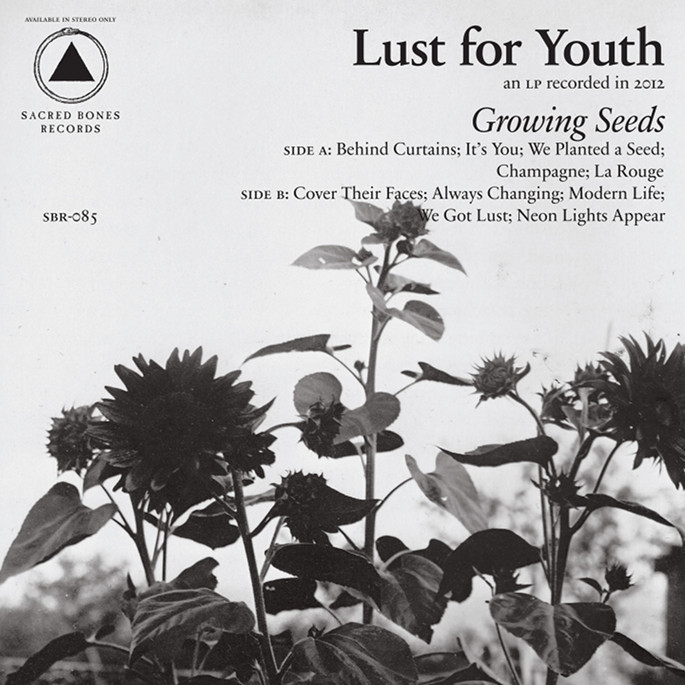 Lust For Youth is the (Omen-esque) baby of Hannes Norrvide, an affiliate of the city’s hyper-prolific Posh Isolation label. Last year’s Solar Flare – a dense thicket of moans, synths and wayward static – proved a fine primer for his gloomy worldview. Norrvide followed it up in April with the marginally brighter Growing Seeds, given a low-key release on Avant! Scenting talent, Sacred Bones have now snapped up the record, and will be giving it a full release in November.

Growing Seeds sees Norrvide recruit previous collaborator Loke Rahbek (of black metallers Sexdrome) in earnest. The resulting record is an impressive collection of grotty electro-pop, not a million hectares away from Cold Cave before they discovered stadium rock. Anticipate wheezing arpeggiators, tape hiss and a liberal attitude towards the application of reverb.

Growing Seeds is due on November 14. Listen to opening track ‘Behind Curtains’ below.