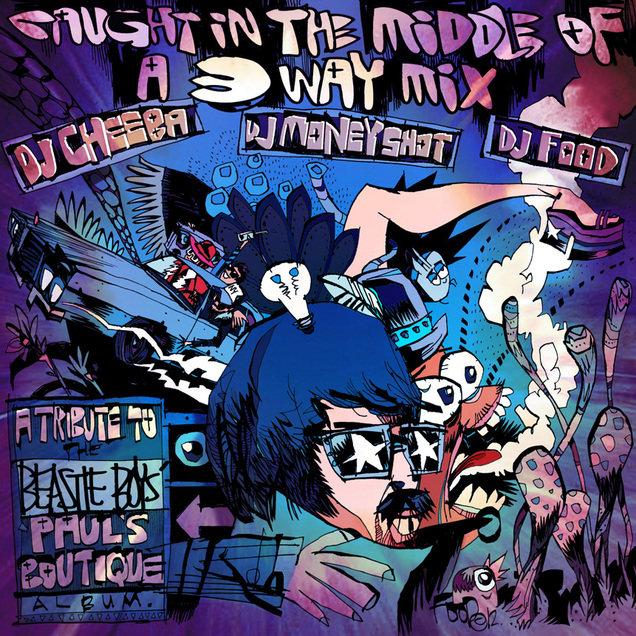 This is impressive: a reconstruction of Paul’s Boutique, the pinnacle of hip-hop sampling, from scratch.

For three years, DJs Food, Cheeba, and Moneyshot have laboriously assembled a version of the Beastie Boys classic from the original samples, in addition to a cappellas, period interviews, and the band’s audio commentary from the album’s reissue.

The Dust Brother’s micro-sampling production work on Paul’s Boutique is a landmark in hip-hop history, and despite recent lawsuits, nearly all the samples were cleared (a feat in itself).

Mixing Caught In The Middle of A 3-Way Mix was a staggering undertaking, as the 150-song tracklist can attest. Halfway completed at the time of Adam Yauch’s untimely death, the three DJs dedicated the mix to the man known as MCA.