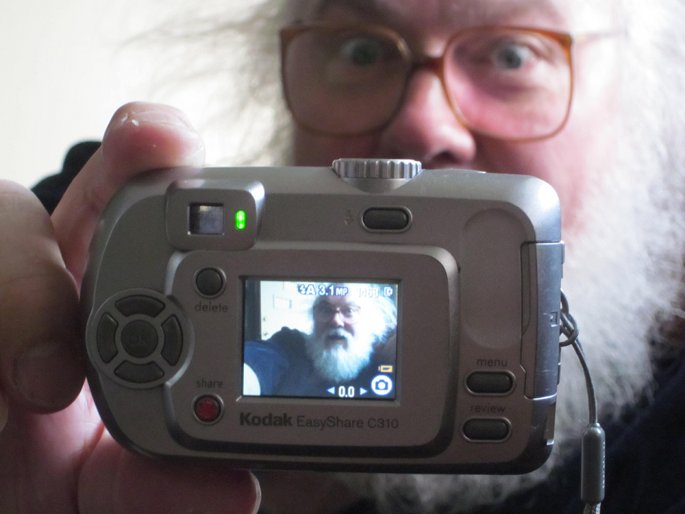 Hyper-prolific pop savant R Stevie Moore has been a fairly ubiquitous presence in 2012.

His newfound visibility is, in part, down to the efforts of some famous friends: Ariel Pink has both compiled him (Ariel Pink’s Picks Vol. 1) and collaborated with him (on the riotous Ku Klux Glam), and Tim Burgess’ recent Lo Hi Fives primer earned Moore a host of new acolytes. But critical consensus also seems to have swung behind Moore in earnest, pinpointing him as a – perhaps the – crucial progenitor of the current lo-fi groundswell.

Moore’s backstory can, however, be difficult to navigate. After all, what sort of purchase can you get on a discography that’s over 400 albums deep? Thankfully, The Wire point towards a comprehensive, full-length documentary about the musician, currently available to watch in its entirety.

I Am a Genius (And There’s Nothing I Can Do About It) is modestly billed as “a movie about some situations with R Stevie Moore”. In reality, it’s a revealing insight into Moore’s past achievements and present activities. The footage of Moore in the studio in particular is essential viewing.

The film, directed by French filmmaker Arnaud Maguet in association with Hifiklub, will get a DVD release later this month. The release will also be accompanied by a 7″ EP featuring four new Moore tracks, strictly limited to 300 copies.