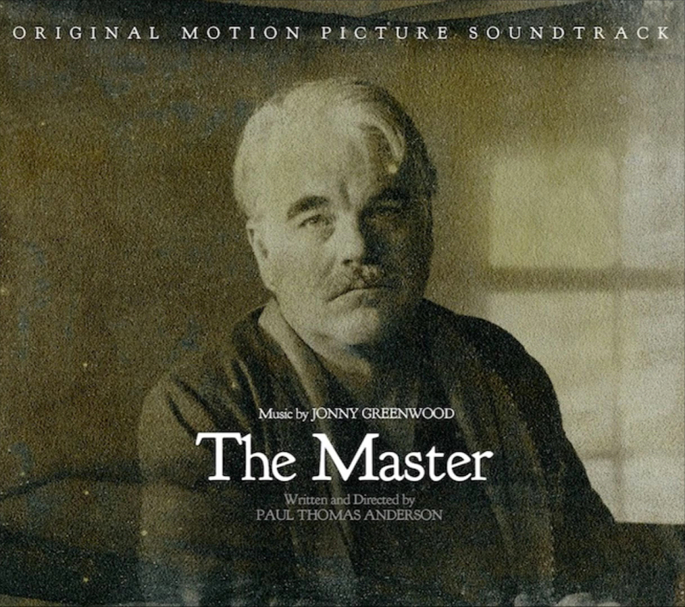 The Radiohead polymath memorably penned the soundtrack to Anderson’s revered There Will Be Blood (2007).  Greenwood’s OST for Anderson’s forthcoming The Master features eleven short compositions, plus older recordings by the likes of Ella Fitzgerald, Jo Stafford, Helen Forrest and youngster Madisen Beaty. An excerpt from the soundtrack dropped a while back, and the full soundtrack – a sparse, tactile collection – is now available to stream.  [via Prefix]

Greenwood – about to resume Radiohead’s current trans-continental jaunt, with Caribou in tow – now earns a fair share of his crust from his work as a film composer. After breaking into the game with 2003’s Bodysong, he’s since scored Tran Anh Hung’s Murakami adaptation Norwegian Wood (2010) and Lynne Ramsay’s acclaimed take on We Need To Talk about Kevin (2011).

The film, about a disenfranchised drifter (Joaquin Phoenix) who strikes up a complex relationship with an L. Ron Hubbard-style guru (Philip Seymour Hoffman), will see UK release on November 9.

While we’re in the mood: SlashFilm note that the soundtrack to the forthcoming Judge Dredd adaptation is also streaming in full on the web. That collection, composed by Paul Leonard-Morgan, is a much more cyberpunky affair, and is also available below.