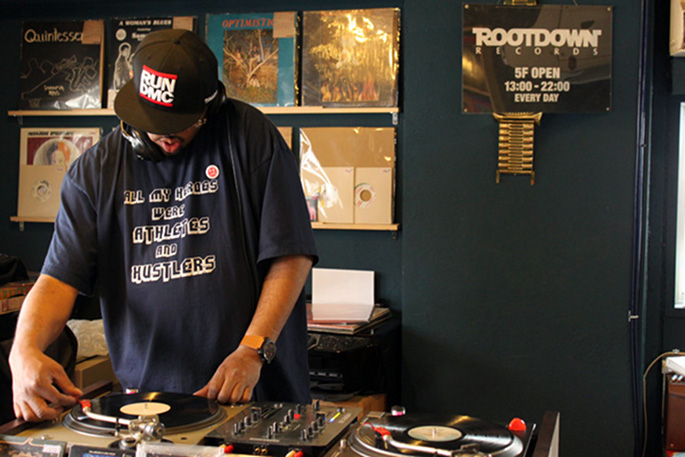 Ask anyone: Detroit’s Andrés is having an excellent year.

The house veteran (and one time Slum Village DJ) has long been one of the city’s most important characters, releasing funk-heavy records for Moodymann’s KDJ/Mahogoni labels and collaborating with Theo Parrish. Still, he recently charmed us all over again with the  astonishing ‘New 4 U’, a summer jam which, we suspect, will work equally well as a winter warmer. He’s also recently snipped the ribbon on a new label, La Vida, and flitted effectively from boom-bap to boogie on the great Things You Like EP.

Andrés is now set to drop a super-limited new 12″ through Sounds Of The Universe. ‘Ribena’ arrives as part of the label’s Art+Sound 12″ series, previously home to Tevo Howard and Hieroglyphic Being. It’s a bright, soulful cut, trading in the barely-restrained excitement of ‘New 4 U” in favour of something much more languid.

The disc arrives augmented with a hand-etched engraving on one side (courtesy of “extreme hand letterer” Ski Williams), and each release is hand-numbered. Best be quick: only 300 copies have been printed, and the record will only be available from the Sounds Of The Universe record store and Soul Jazz Records.