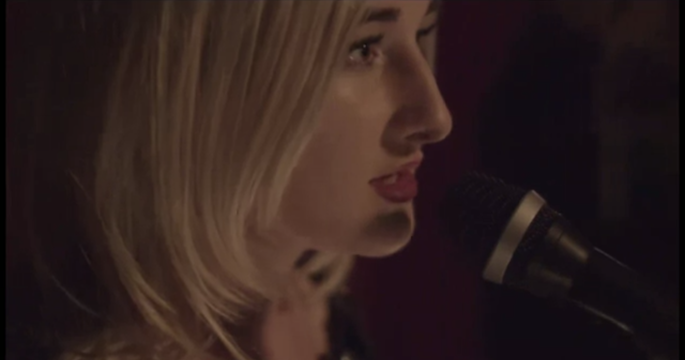 Directed by Iranian-American filmmaker Massy Tadjedin, It’s Getting Late boasts the international cast of Aubrey Plaza, Gemma Arterton, Patricia Clarkson and Rinko Kikuchi. The four very different women prepare for their evening, which culminates in a performance by Zola Jesus.

“We make our faces, our suits, our selves just a little more ready for wherever it is we’re going,” says Tadjedin. “Fashion is never just the clothes. It’s our mood, our excitement for something, our expectations, our attitudes, our outlooks. Managing those is often what getting ready is all about and that’s what our short tries to capture.”

The film is the fourth in Miu Miu’s Women’s Tales, a series of short films that “explores the feminine love affair” with the Prada offshoot. Shot by leading female directors, the series includes films by Zoe Cassavetes, Lucrecia Martel and Giada Colagrande. Watch the film below, and take this opportunity to read our recent interview with Zola Jesus.