Jay-Z and Beyonce raise $4 million for Obama, who appears on Letterman 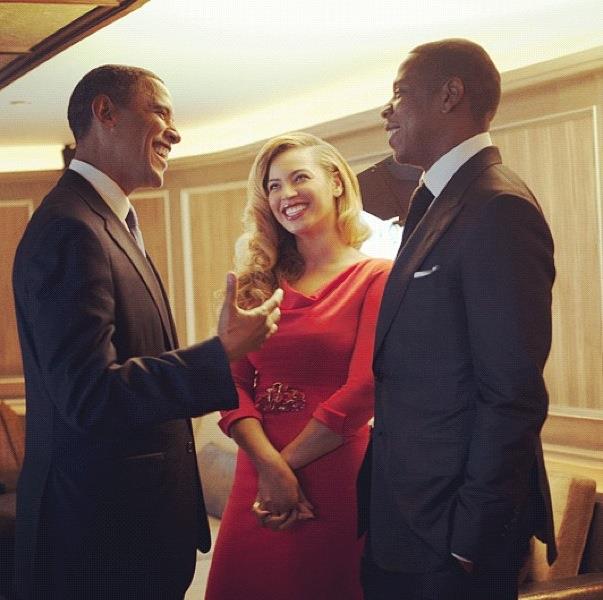 According to Billboard, an event hosted by the musical power couple raised $4 million for the President’s campaign.

One hundred donors paid $40,000 each to attend the event at Jay-Z’s exclusive 40/40 Club in New York. Earlier in the day, President Obama filmed an appearance on the Late Show With David Letterman (stream that clip below).

“I can’t tell you how proud we are to host tonight’s event with President Obama,” Beyoncé told the crowd. “We believe in his vision.” In turn, Obama was appreciate of his superstar hosts. “To J and B, thank you so much for your friendship… Michelle, Sasha and Malia are mad at me because they aren’t here.”

President Obama had more kind words for both his hosts, making a joke at his and Jay’s expense. “Beyoncé couldn’t be a better role model for our daughters because she carries herself with such class and poise and has so much talent.” Of Jay-Z, he said, “We both have daughters and our wives are more popular than we are. So, you know, we’ve got a little bond there. It’s hard but it’s okay.”