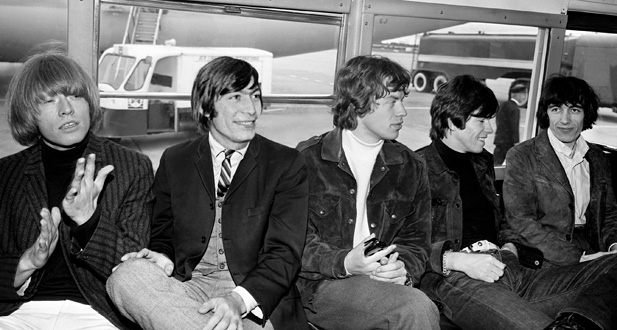 The clip appears in the forthcoming Stones documentary Charlie Is My Darling.

Announced last month, the previously unreleased documentary covers a 1965 tour of Ireland and includes the earliest known footage of the band. In the following clip, the band jokingly covers ‘I’ve Just Seen A Face’ and ‘Eight Days a Week’ by eternal rivals The Beatles.

The director’s cut, the producer’s cut and this new version of Charlie Is My Darling will be available on DVD, Blu-ray and as part of a Super Deluxe Box Set on November 6. Crossfire Hurricane, a more complete document of the band’s history, premiered this week.

The band is in the midst of a 50th anniversary celebration, with dates scheduled at London’s O2 Arena and New Jersey’s Prudential Center. Unsurprisingly, tickets to see the band in London this November sold out instantly. However, regarding additional touring, Ronnie Wood says “once this wheel is turning I don’t think it will be able to stop … We won’t be able to stop.”