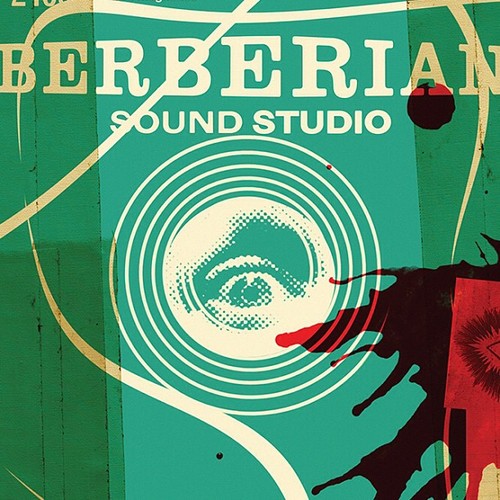 Directed by Peter Strickland (director of 2009’s Katalin Varga), Berberian Sound Studio is considered one of the stand-out British films of 2012, drawing from Italian horror and more. The soundtrack was recorded by Broadcast – whose Trish Keenan, sadly, died of pneumonia in 2011, before the project’s completion – with contributions from former broadcast member and solo artist Roj Stevens, Nurse with Wound’s Steven Stapleton, Sculpture’s Dan Hayhurst and Morhogenesis’ Clive Graham.

In a recent interview with The Outer Church, remaining Broadcast member James Carghill explained that “Peter had us in mind from the beginning I think. Trish and I were fond of Katalin Varga so it was quite a natural collaboration, we began by sharing our favourite film musics and how certain themes and sentiments could feed into the Berberian soundtrack. The awkward Brit sound recordist working in a claustrophobic Italian studio was a fantastic synopsis and the ideas Peter had for sound and music in the film were fascinating… that we would be creating the soundtrack for the ‘film within the film’ was quite appealing.”

“The music Peter wanted from us was for the ‘film within the film’ (The Equestrian Vortex) that the protagonist Gilderoy is called to Italy to work on. It’s a ‘horror’ about a coven of witches buried underneath a riding academy that enact their bloody revenge on it’s occupants. We, the audience, never actually see any of The Equestrian Vortex other than the title sequence. The music we composed was to be mournful and emotive… almost romantic, with references to the mediaeval, whilst making it sound convincingly 1976, the year Berberian is set in. We also wanted to somehow represent Gilderoy’s yearning for home in Dorking so there is a pastoral element to some of the themes. Julian House also had a fair amount of input with the music and of course his title sequence was a complete inspiration.”

The standalone soundtrack will be released through Warp in January 2013. For more information on the film, click here.