Chris Brown misadventure #354: dressing up as the Taliban for Halloween 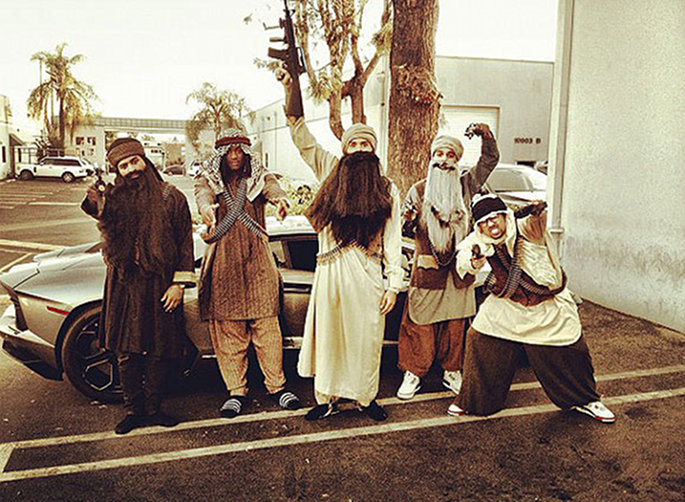 For some time now, Chris Brown’s raison d’être seems to be to infuriate detractors as regularly as possible.

The most bankable man in R&B has sparked a costly brawl with Drake, cast homophobic slights on Frank Ocean and, of course, continued to weather the fallout from his conviction for assaulting then-girlfriend Rihanna back in 2009.

In related news, Dublin group The Original Rudeboys turned down the opportunity to support Brown’s Dublin date in the city this December. The three-piece refused the offer for fear of being seen to endorse violence against women; in the words of band member Sean Walsh: “Even though it’s a huge opportunity to play in the O2 with a major hip-hop star and a substantial fee was offered, we are completely against Chris Brown’s assault on Rihanna… In addition, with our latest single ‘Blue Eyes’ being about domestic violence, it goes against everything we are about as a band and supporting Chris Brown would send out the wrong message to our fans.” [via NME]