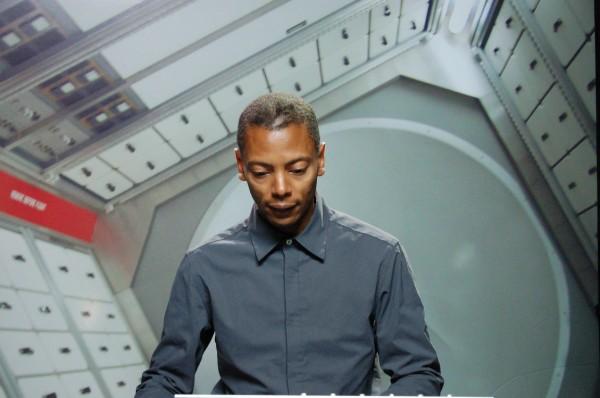 Jeff Mills will toast 20 years of Axis Records with a new compilation and book, Sequence.

Founded by Mills in 1992, Axis has mostly served as a home for the astronomically fixated Detroit DJ and producer’s own work, charting his moves from Detroit to New York, Chicago and Berlin. This month, it celebrates twenty years in operation with a limited edition 320-page hardback book, featuring Axis art, photos and design works, bundled with a USB card containing 30 tracks Mills has selected to represent the label’s history.

A press release describes Sequence thus: “What started out as a dance music label evolved into a international force of creativity that is unquestionably responsible for the shape, color and textures of the Dance Music we know today and probably tomorrow. Formed in 1992 by the acclaimed Techno DJ producer and artist Jeff Mills, Axis remains one of the few independent labels that consistently pushes the boundaries of Electronic Music off the dance floors and into the Cosmos. Axis is the science of body and soul. After 20 years of feverous activity, an archive of work and projects are assembled in this comprehensive collection of art, photographs and designs that certify the influence of vision, concept and production that many producers and DJs refer to then and now.”

For those unable to get their hands on one of the books, there will also be a double-CD version available. Sequence was originally announced in May, with a September release date that never came, but a press release sent out today confirms that the package will hit stores at the end of this month.