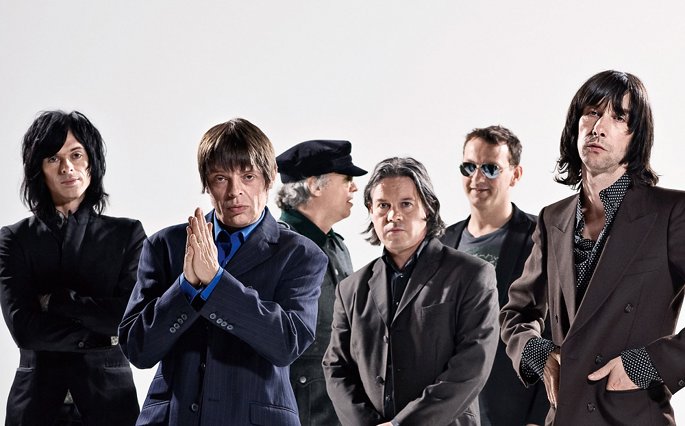 A former member of the Disco Evangelists with Ashley Beedle, Holmes has been kicking about since the late 1980s, releasing soundtrack-inspired solo albums, contributing music to films such as Pi and Out of Sight, and enjoying a status as a celebrated DJ.

In a new interview with Mojo, the group describes Holmes as “essential, playing the group ‘weird’ German and French funk obscurities to create an atmosphere and giving frank opinions on the music they were producing.”

“David was very good”, explains Andrew Innes, “at going, in his nicest possible way, ‘I think you’ve written that one before, I don’t think it’s up to what we’re doing here. Just getting us to do some work, basically – let’s make this a classic. He wasn’t scared or intimated by us, which is kind of what you need as a producer.”

The interview closes with Bobby Gillespie warning fans not to expect Screamdelica 2, but describing the album’s intentions as to uplift and inspire nonetheless. “For us it’s a joy to be able to do this man, it’s a blessing. People in bands saying ‘my hell making this album…’ Who wants to listen to some cunt moaning about how sad they are? I think they’re just fucking pussies… they’re weak. I’ve got no time for weak people.” The album is expected to see release “before Summer”, 2013.