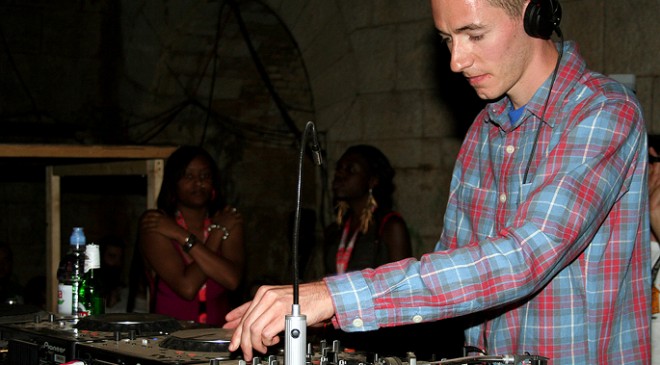 As we announced back in September, Benji B [pictured] has teamed up with Heavenly Music and the European Recycling Platform for one of the most unusual tours of the year – Make Noise’s Electronic Recycling Tour.

The five-date tour will bring the Radio 1 stalwart and a host of special guests to clubs across the UK, in the hopes of promoting awareness of electrical recycling. As such, there’s no door fee to any of the events – just bring along an unwanted electrical item to gain entry.

Having already stopped off at Belfast and Bristol, the tour is now gearing up for an appearance at The Wire in Leeds next Tuesday, November 20, with support from Kidnap Kid – further info can be found here, or on the Make Noise Facebook Page. In subsequent weeks, Santigold tour DJ Martelo will grace the decks for both the Glasgow and London instalments, alongside a host of other dancefloor luminaries including Boiler Room’s Nic Tasker and Numbers signee Kodiak.

You can also check out the parallel Recycled Versions project – a chance to rework discarded loops and samples offered up by established producers – on the Make Noise Soundcloud.