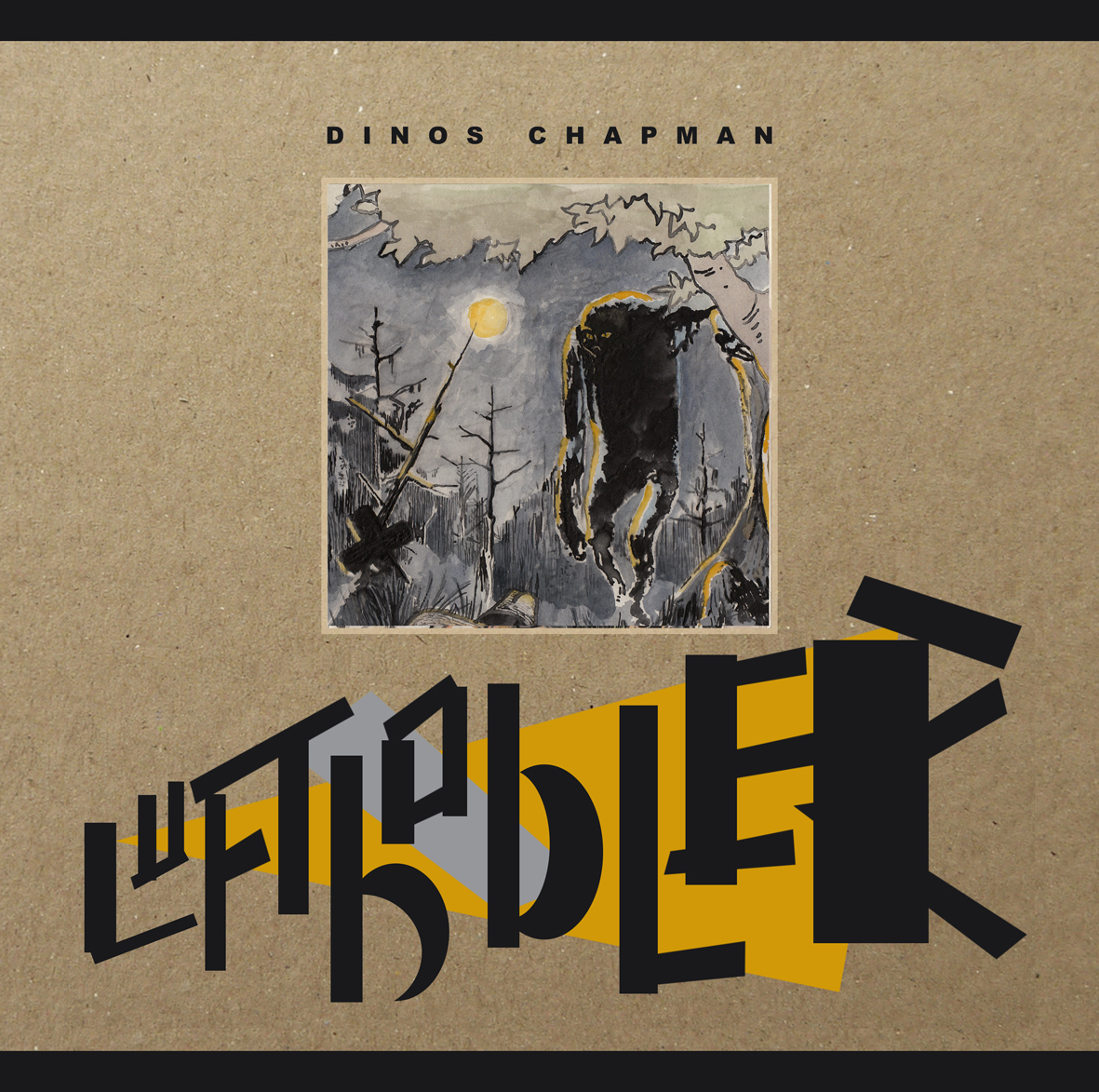 Artist Dinos Chapman is set to make his first foray into the realm of recorded music with the release of a solo album, Luftbobler, inspired by “insomnia, horror movies and boredom.”

The album is due to be issued by The Vinyl Factory on gatefold vinyl, CD and digital on February 25, 2013; a limited edition of the gatefold will include a hand-tipped colour etching. The cover artwork (pictured above) is by Dinos himself.

It features 13 tracks of electronic “Schlampige Musik” and is the result of a decade experimenting with sound. Its maker likens it to “a naked mole-rat plucked untimely from its snuggly basement-burrow, on its back, al squirmy, exposed to the sun’s dissecting rays,” while a press release suggests that it reflects his interests in “the industrial pulse of T/G, wilful experimentation of Stockhausen and impish playfulness of Squarepusher, but sounds like none of them.”

An accompanying, site-specific audio-visual installation of Luftbobler will take place at The Vinyl Factory in Soho, London, from February 27 through to March 4, 2013.

Dinos Chapman is of course best known for the transgressive, darkly humorous sculpture, prints and installations that he has been creating with his brother Jake Chapman since 1991, and which have secured them their status among the pre-eminent artists of their generation. They have exhibited extensively all over the world, with notable shows at White Cube, Tate Britain, Tate Liverpool, Modern Art Oxford and Gagosian New York.

Luftbobler is the latest in a series of fine artist collaborations mounted by The Vinyl Factory, including recent editions by Martin Creed, Jeremy Deller, Gavin Turk and Tim Noble & Sue Webster. For more information, visit vfeditions.com.