Heartsrevolution return with Just Blaze-produced mixtape: stream ‘Not That Hard to Explain’ inside 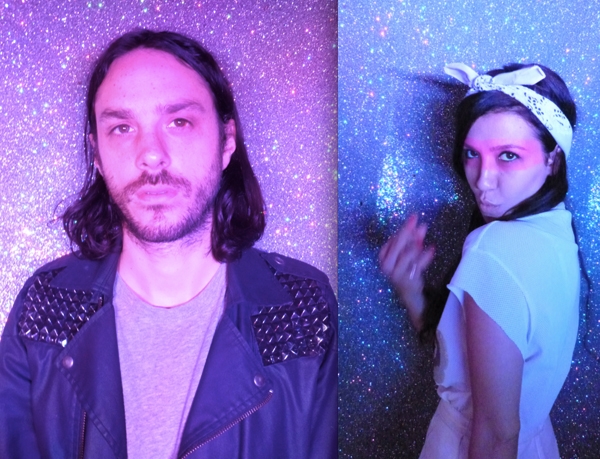 At this point, we’re pretty used to the music industry’s habit of throwing up surprises, but we really, really didn’t see this one coming.

Heartsrevolution comprises Ben Pollock and Leyla ‘Lo’ Safai, an ice cream van-driving dance-punk duo that broke onto the radars of some around 2007, with the self-released single ‘Choose Your Own Adventure’, a split release with Crystal Castles, and a five-track EP titled Switchblade. Switchblade, in fact, came top of FACT’s singles of the year countdown for 2008, back when we were more focused on our print magazine (R.I.P.) than this website.

A pair of singles on Kitsune and covers mixtape Are We Having Fun Yet? aside, it’s been pretty quiet on the Heartsrevolution front since the Switchblade days. Now, however, they’re back – and with some seriously powerful back-up behind them.

Now managed by Kymabo Joshua of the Hip Hop Since 1978 company, Heartsrevolution are preparing to release a new mixtape, Revolution Rising in December. It comes exec. produced by one of Joshua’s many high-profile clients (others include Kanye West and Lil Wayne), former Roc-a-fella producer Just Blaze (read our Essential… piece on him here), and will be followed by the group’s album, Ride or Die, at some point next year.

Speaking to FACT, the group described the last few years as a “chance to refine exactly what we wanted to put out in the world. Music is so disposable. Everything sounds the same. Most people are too scared to do what they want because they want to be like everyone else.”

“[In] a lot of the earlier recordings the vocals were inaudible. We wanted to change that.  There was a huge desire to make songs that you can sing along to. Rock & roll dance music. In 2010 we partnered with Swarovski to build the World’s 1st crystal ice cream truck… fast forward to 2012. It took for fucking ever to finish it. Two NYC summers and winters. But if I can say so..It is the most beautiful man made object in the world! A vehicle of light. It has been kept hidden under lock & key in NYC and hasn’t ever seen the light of day…yet!”

In terms of working with Just Blaze, the group describe him as “the best at what he does but we weren’t sure he would fuck with us. We hit up his manager Kyambo Joshua and told him about the crazy stuff we were working on. We played KJ our album. He ended up taking us under his wing and is now managing us as well”.

Also prepped for next year: a tour in the crystal ice cream truck, naturally. You can stream a new track by the duo, the Strokes-sampling ‘Not That Hard to Explain’ below.