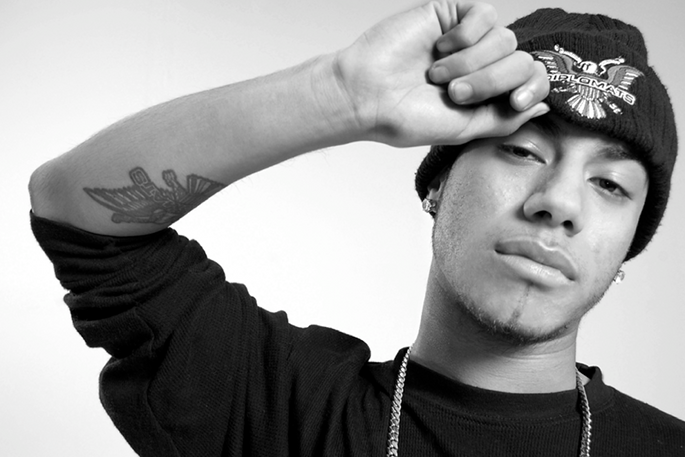 Nobody that fell for/was repelled by AraabMuzik’s dizzying 2011 LP Electronic Dream was under any illusion that the record did much to hide its source material.

The Dipset affiliate’s breakthrough release bolted hard-edged hip-hop beats over iffy Eurotrance fare – the results were exhilarating, if too brazen for some. ‘Streetz Tonight’ was the record’s calling card, cribbing liberally from Adam K and Soha’s remix of Kaskade’s ‘4AM’. Although Electronic Dream is now well over a year old, Adam K has suddenly launched a cataract of invective in Araabmuzik’s direction, accusing the producer of straight-up theft.

In a series of posts on his Facebook page over the course of the last 24 hours, Adam K called out the producer for being “a fraud”: “why is araabMUZIK so fucking lame that he needs to literally steal other people’s songs and call them HIS OWN!!! what a loser. learn how to write your own music OR learn how to credit people properly. plagiarize much???”

In a subsequent message, the producer writes “i’ve just been told that [huge trance label] Ultra Music has been notified of his theft and will take appropriate actions. we recommended the videos pulled, itunes tracks removed and i’m sure araabMUZIK you might be hearing from ultra’s lawyer’s sometime in the near future”. Which seems unlikely, considering that 1. the official Electronic Dream (Deluxe Edition) has already had ‘Streetz Tonight’ excised, and 2. as we discovered yesterday, Ultra’s latest banner singing is…AraabMuzik. [via Pigeons And Planes]

AraabMuzik’s next album is due in 2013, and features guest appearances from Diplo and, somewhat inauspiciously, Skrillex. ‘Streetz Tonight’ and its parent track are available to compare and contrast below.