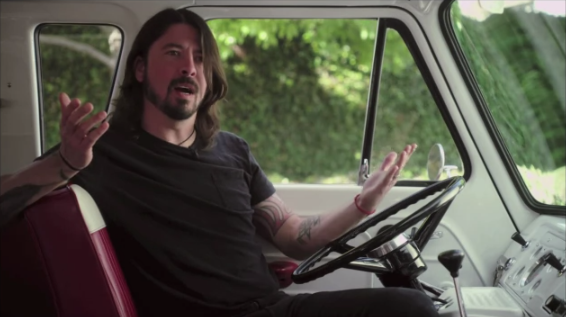 A star-studded cast shares memories of the legendary studio.

Heavyweights Tom Petty, Trent Reznor, Butch Vig, Rick Rubin, and Stevie Nicks (among many others) show up in the trailer for Sound City, a forthcoming documentary directed by Dave Grohl.

The titular LA studio operated for over 40 years, gaining a reputation as one of the world’s best recording studios. Albums by rock legends Neil Young, Fleetwood Mac, Cheap Trick, Guns and Roses, Nine Inch Nails, Metallica, and Nirvana were recorded there, including Nirvana’s Nevermind.

The film appears to document the creation of those records, the studio’s mixing board (considered “the crown jewel of analog recording equipment”), and the digital revolution that eventually led to Sound City’s closing in 2011. Sound City is due out in February, but will first premiere at Sundance in January.