Members of Can to release new EP on Mute as Cyclopean 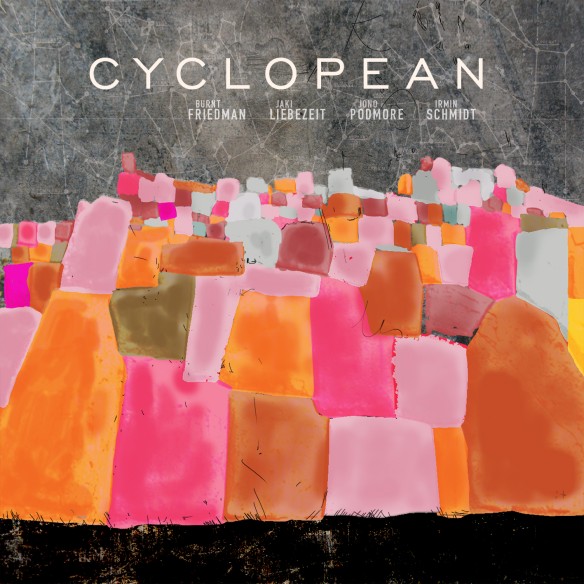 Jaki Liebezeit and Irmin Schmidt of legendary German group Can, have teamed up with Burnt Friedman and Jono Podmore for a new record for Mute Records and Spoon, under the name Cyclopean.

The four-track EP will be released on February 4 2013 and although the group’s four members have all previously worked together – Friedman and Liebezeit on various albums, Podmore and Schmidt under the name Schmidt & Kumo – Cyclopean marks the first time that they’ve collaborated as a four. Can, of course, had their Lost Tapes compiled this year.

A press release sent out today by Mute refers to the EP’s four tracks as “profoundly original and bursting with imagination. The title provides a metaphor for the music: Cyclopean forms are beautiful, massive and intriguing structures that interlock, intersect and connect seemingly contradictory components. Heavy, yet light, powerful, subtle, intriguing and playful. There’s also a flavour of the ancient in this music – an artefact from a sophisticated pre-culture perhaps. Extraordinary instrumentation – rubber band guitar, theremin, prepared piano – is unified through the monumental and unique drum patterns, as the characters of the four players are at once individually unmistakably and irrevocably intertwined.”

You can listen to the first track from Cyclopean, ‘Fingers’, here.