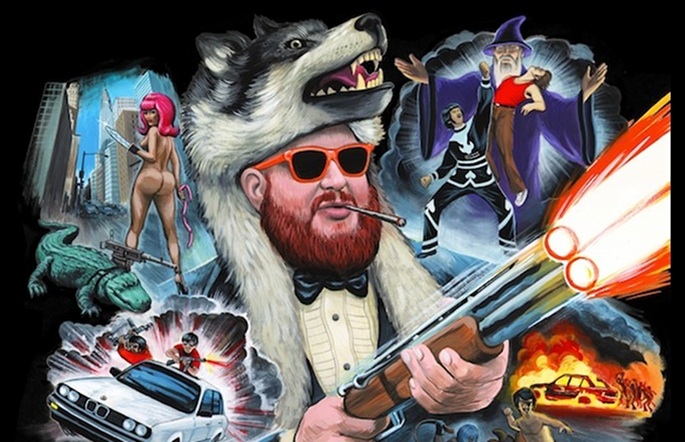 Despite the occasional less-than-solicitous moment, Bronson’s been a force for good throughout the year.

The Queens chef-turned-rapper’s Blue Chips tape with Party Supplies got plenty of heat, and he unveiled his first proper classic in the shape of ‘Bird On A Wire’, which crept into our Tracks Of 2012 list. Yes, he’s still essentially a squat Ghostface simulacra, but he’s more the capable of raising a smile, if not the bar.

Bronson’s most recent transmission was the knockabout Rare Chandeliers tape, featuring a host of new productions from Alchemist. As Stereogum report, Bronson has now dropped an expanded version of the record, featuring four new tracks. Expect exquisite trash talk, blaxploitation chatter and more food references than an episode of The Great British Bake Off.

Click here to download the tape. Bronson’s video for Rare Chandeliers track ‘The Symbol’ is below, and remains as daft as a brush.