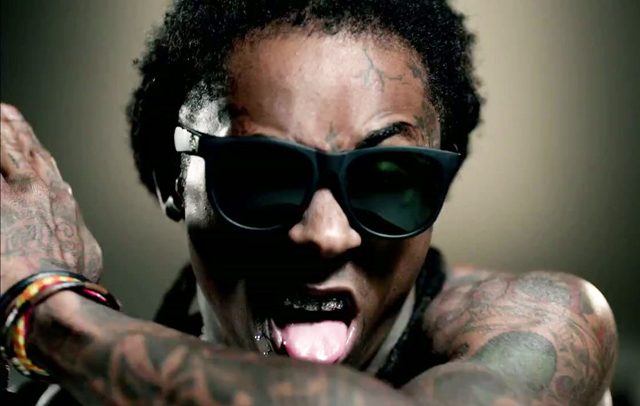 Considering his critical stock dropped to an all-time low in 2012, Lil Wayne appears to have started 2013 on good form.

Teaming up with filter king Mike Will, arguably the best hip-hop producer of last year (single hits included Future’s ‘Turn on the Lights’, Juicy J’s ‘Bands a Make Her Dance’ and Jeremih’s 773 Love’, while he worked his drum engineering magic on Kanye West and G.O.O.D. Music’s Cruel Summer), Wayne seems to take plenty of cues from Future’s Pluto here, while Drake’s hook’s pretty hard to argue with – the new motto? #YOLO13? Who knows.

‘Good Kush & Alcohol’ will likely feature on Wayne’s forthcoming album I Am Not a Human Being II, which following last year’s delays, is currently scheduled for a February 2013 release (but let’s see how that one goes). According to Wayne, who also claims that he’ll retire in two albums’ time, the Human Being II artwork will be designed by Kanye West. “It was his idea. I was just like ‘okay, do whatever,’ because I don’t do nothing but rapping”, Wayne explained to MTV last year. “You can ask all the people that work with me, they’ll tell you ‘man, he don’t do nothin’ but the music,’ that’s all I do man. That’s all I know about.”