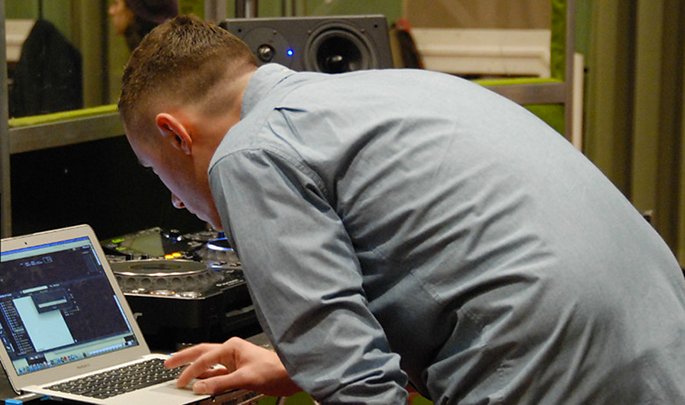 Yesterday, we reported that BBC Radio 1 DJ Benji B had teamed up with a live string ensemble to reinterpret material – mostly – from the dance music and hip-hop world.

“On this live special”, we posted, “set in the BBC’s Maida Vale studio, he teams up with writer and composer Grant Windsor to reinterpret music from his world in a more organic light.

“So often, attempts to take electronic music into the world of live instrumentation fall flat (the jury’s still out on The Weeknd’s live band, for instance), but judging by the promotional video for this show, the results here are pretty neat.”

You can now stream audio and watch video from the full session. The tracklist – which as well as the previously noted takes on Bok Bok’s ‘Silo Pass’, Jeremih’s ‘Fuck U All The Time’, D-Malice’s ‘Gabryelle Refix’ and Timbaland’s instrumental to ‘Ayo Technology’, features Flying Lotus, Ossie and TNGHT – can be viewed below the video. The full radio broadcast is archived here.