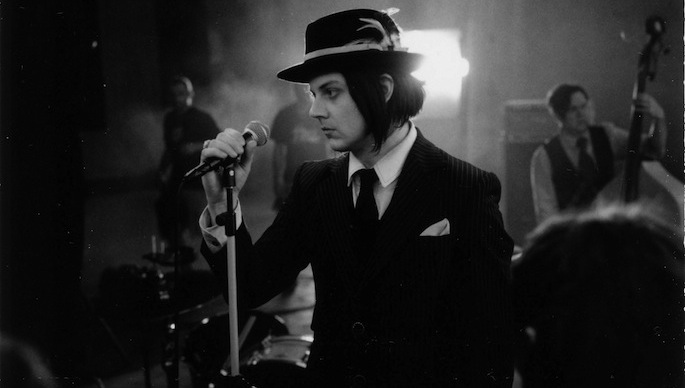 Get ready for Jack White & The Bricks – Live On The Garden Bowl Lanes.

The latest release from Jack White’s Third Man Records is another early White gig, but rather than a White Stripes performance, this one is from Jack White & The Bricks. The short lived band included White, future Raconteurs bandmate Brendan Benson, Kevin Peyok (of the Waxwings and the See See) and White Stripes archivist Ben Blackwell (of the Dirtbombs).

The set is part of Third Man’s Vault subscription service. The gig was recorded in 1999 at Detroit’s Garden Bowl “inside lanes 11-14” and will be released on a “bowling-pin-white” 12″ vinyl LP. In addition, the set includes a 7″ of pre-Raconteurs demos of ‘Steady, As She Goes’ and ‘The Same Boy You’ve Always Known’ and a live tour DVD featuring the White Stripes and Whirlwind Heat, who toured together between 2000 and 2003. [via Exclaim.ca]