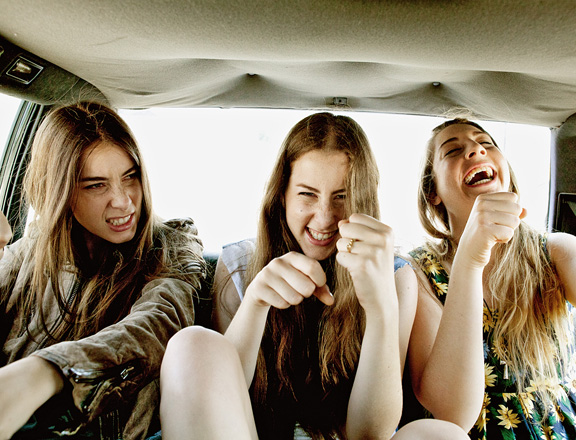 LA siblings Haim have topped the BBC’s Sound of 2013 poll.

An annual poll conducted by the BBC and voted for by music journalists, DJs and more, past winners of the Sound of 2013 include Michael Kiwanuka, Jessie J, Ellie Goulding, Little Boots and Adele. This year’s top five also featured AlunaGeorge (#2), Angel Haze (#3), Laura Mvula (#4) and Chvurches (#5), but it’s the sister act of Este, Danielle and Alana Haim who topped the pile.

The sisters have already supported Florence and the Machine live, and started life as a family covers bad with their parents. You can stream ‘Don’t Save Me’, the group’s biggest single to date, below.

Interestingly, 2013 marks the first year that all five of the BBC’s picks are either female or fronted by women.