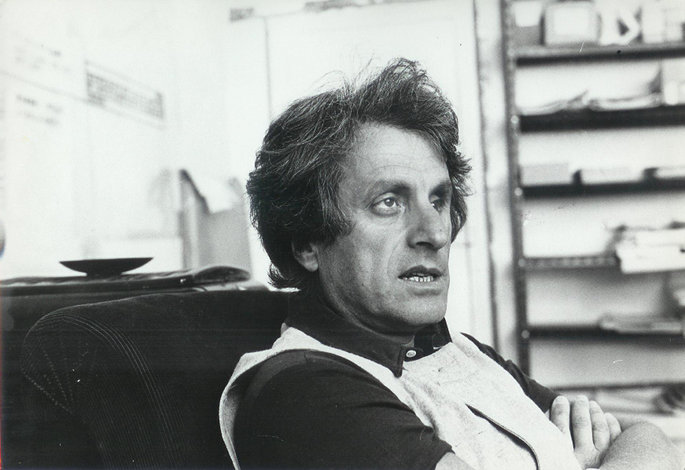 Iannis Xenakis, one of the twentieth century’s most venturesome musical practioners, is to have a handful of vintage works collected by Editions Mego.

The four works on the disc were recorded between 1958 and 1962. 1958’s ‘Concret PH’ was written to be played inside the spectacular Philips Pavilion at the Brussels World Fair, which Xenakis helped design (and subsequently took inspiration from in his major work Metastaseis). 1957-9’s ‘Diamorphoses’ tinkers around with “continutous variations of average or “statistical” heights”, and 1960’s ‘Orient-Occident’ was commissioned for an Enrico Fulchignoni film for UNESCO. 1962’s King Arthur-inspired ‘Bohor’ (dedicated to Schaeffer) is the latest of the pieces, with a 1968 recording making the cut.

The label note that all four works “undoubtedly demonstrate the experimental intent and the strictly “physical” character of Xenakis’ music, in that it provides the audience with a listening experience of a rare intensity”. The release is executive produced by Mego boss Peter Rehberg, and arrives with design work from Stephen O’ Malley.