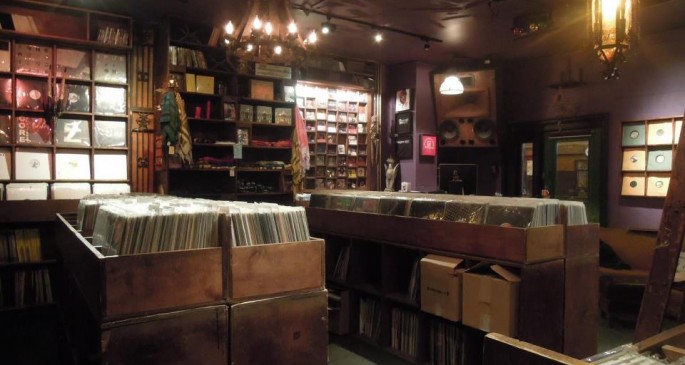 Proprietors Francis Englehardt and Paul Nickerson made the announcement via their e-newsletter earlier today. The store, which was founded seven years ago and has its premises at 580 Myrtle Avenue in Brooklyn, was an oasis of quality house and techno in the Big Apple, prided itself on calling out producers for their shortcomings and below-par releases, and had no time for sacred cows – their recent “best and worst of 2012” mail-out, for instance, had this to say about Carl Craig and his remix of Recloose’s ‘Magic’:

“Carl Craig has sunk to a new low this year. He has gone from making lazy tracks that make rich spaniards feel that Detroit vibe in Ibiza to literally catering to this crowd. This record sounds like dance music you would hear in H&M, Urban Outfitters or some other shitty clothing store. You can just see Soul Clap sitting around talking about how they wish they could make a track like this one day.”

Crucially, though, they were champions of the good as much as they were declaimers of the bad, and their piss-taking was simply a product of their concern for the health and integrity of underground dance music, and of the surrounding culture.

Nickerson and Englehardt released the following statement about the closure:

At the end of this month, 7 years to the day since it opened, Dope Jams will be closing its doors for good.

Rattling off a bunch of positive hyperbole or sentimental cliches without taking a good, hard look at the past would be a mistake. The truth is, we’ve made a lot of mistakes. Opening and holding down Dope Jams, however, was definitely not one of them. When we started working on the space at 580 Myrtle Avenue, well before it was the polished and finished form that you all know, dance music record shops were already jumping ship like the fucking Titanic. We knew exactly what kind of a logistical and financial shitstorm we were getting into. But ultimately, we wanted to devote ourselves, to put every ounce of energy and every dime saved into the perpetuation and expansion of dope music. We threw ourselves into installing the sound and the aesthetics to situate our project and our philosophy, and with that set in place, we proceeded to push music we thought was worthwhile, music that was beautiful and pure and capable of wading past the massive expanses of mediocrity and opportunism that we saw as gaining the upper hand. And along the way we did a lot of things that set us back, whether out of economics, ignorance, or idealism. We did our best to push past that, because we truly believed in what we were doing, we believed in the music we were championing, and we believed in creating a space and a community to allow that music to flourish. We gave enough of a shit then, and have continued to give a shit for 7 long years struggling through dwindling sales, personal loss, and daily disappointments. If only for the barage of weirdos, freaks and outcasts walking through that door every day, it was absolutely worth it.

There has always been a siege mentality here. Dope Jams was predestined to become a barracks where we held up and waited for the ensuing cultural apocalypse, making sure that we could at least control, and hopefully maybe even modestly disseminate, the little world we saw as still worthy of praise, adoration, and work. We did that by creating a culture of complete, total and brutal honesty. We called things exactly as we saw them, regardless of who’s panties we got in a twist, because there’s really no point in caring about music or art or culture if you don’t give a shit enough to say what you feel when you feel it to whomever you feel. We get it. Saying the things we say without thinking twice on a weekly basis (or daily if you’re in the shop), leaves us totally open. It leaves us wide open to be called mean, a bunch of dicks, hipsters, rich kids, hillbillies, arrogant pricks, hypocrites, etc. A lot of the time, all we had to do was sit back and let the wave of fad and popularity take its course, and just ride that into the sunset like a cheap whore. Or, to phrase it more politically, just issue “respectful critiques” and have “respectful opinions” and make sure not to hurt anyone’s feelings. We’d have a lot more friends, a lot more customers, and fewer enemies if we had played it that way. But, ultimately, operating in that way is exactly how dance music has gotten to the point that it is now—no one is holding anyone else accountable, and the result is a veritable free-for-all of total and unabashed bullshit. Plus, what’s the fun in holding back? At least we have a sense of humor when we do it. We don’t really have a problem with being called names or being trashed. This isn’t a Christ-complex where we feel like we’re being sacrificed to repent for the sins of a world we’ve been operating on the periphery of for years now. The truth is there’s no point for us if we can’t tell the truth about the music and the culture we love—whether that’s telling ourselves (most important), or whomever happens to be standing in front of us looking for the DFA section (still important).

But alas, our journey, at least in a brick and mortar manifestation, is finally coming to a close. Honestly, it’s really heartbreaking. Despite all the suffering for us that has been inextricably linked with this project, a lot of incredible things have come out of it, too. A lot of special people and dope music have graced our presence because of this shop. A lot of chaotic, cathartic, ultimately redemptive parties were thrown here. Ultimately, we love what we do, since adolescence we’ve devoted every ounce of energy and resource to music, DJ and vinyl culture, and Dope Jams was overall an incredible experience. No, the mean police are not shutting us down, nor did the forces of our shop’s demise originate anywhere within the dance music community (or its financial pitfalls). The truth is there are forces much bigger than our little universe: our rent has been raised threefold, and sadly our imaginary trustifarian benefactors just can’t swing it anymore. And while we’re sure a few diehards would make it to East New York to visit our new location, we’re not confident that will be enough for a fighting chance. Don’t worry: we’re going to keep the website open, just in case you thought that special Dope Jams touch would be lost in the void forever.

It wouldn’t be right to close up shop without throwing one last final in-store hurrah for the ages. So this January 26th, 2013, we invite you to our last in-store party ever. To the Dope Jams faithful, we can only express our gratitude in the best way we know how, so make the trip one last time to 580 Myrtle Avenue in Brooklyn, and celebrate with us 7 years of gargantuan dreams and unrepentant attitudes.

In closing, here are some songs that will forever remind us of 580 Myrtle Ave…