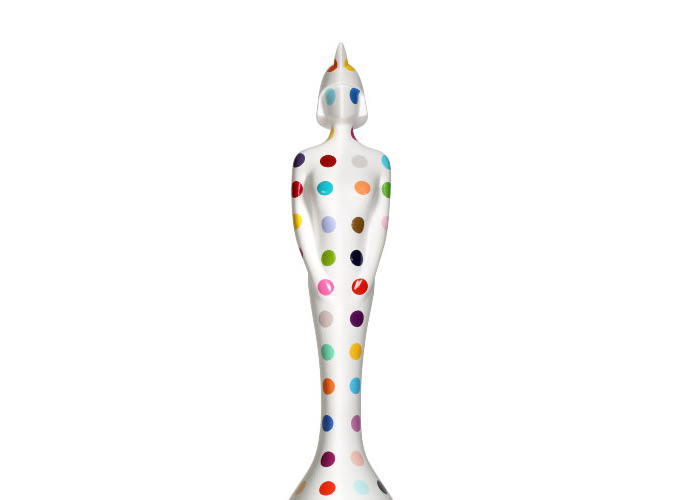 Late last it year it was revealed that Damien Hirst would design the statue for 2013’s BRIT Awards.

The BRITs introduced a “blank canvas” approach to the trophy in 2011, and has since seen the statue designed by both designer Vivienne Westwood and Sgt. Pepper’s artist Sir Peter Blake. At the time, BRITs chairman David Joseph described himself as “delighted that Damien will become the third extraordinary creative Briton to reimagine the BRIT statue. He is truly one of the most important British artists ever and his unique vision will make winning a 2013 BRIT an even more special proposition.”

This morning, the BRITS revealed what Hirst’s award would look like – that’s it, above, in the polka dots. The BRITS takes place on Wednesday February 20, and will be hosted by James Corden for the third consecutive year.