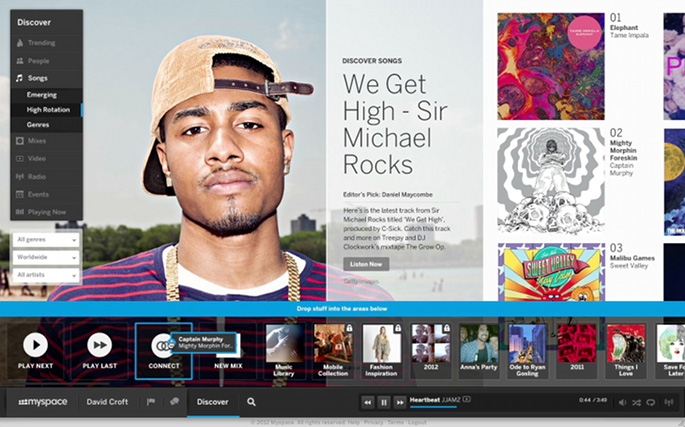 After a period of Beta testing, the new Myspace has launched in earnest.

In its mid 2000s heyday, Myspace was both the principal site for online social interaction and the main marketplace for bands (Arctic Monkeys, natch) and individuals (cf Lil B and his rash of pages) to tout their wares for free. The site has been in the process of a relaunch for the best part of a year, and the results are now available to sample at will.

Music is at the heart of the new relaunch, with a renewed emphasis on building connections between musicians and users. New features include streamlined search functions, a constant jukebox-style music bar at the bottom of the page, and the ability to track what other users are listening to. Artists, meanwhile, can map where their fans are geographically clustered, and make use of more data about who is consuming what. The site layout has also been comprehensively overhauled.

The grand opening appears to have been timed to coincide with the launch of the new single from Justin Timberlake, who has been New Myspace’s high-profile frontman for some time. You can visit the site here.