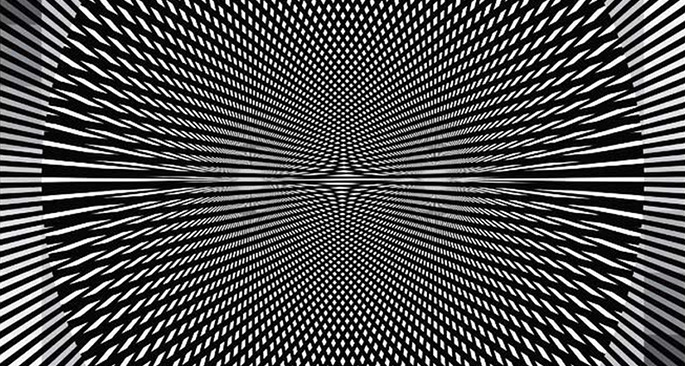 Actress’s Werkdiscs label has announced the release of Never Sleep, the debut EP by Moiré.

We don’t know an awful lot about Moiré if we’re honest: his / her name has popped up several times on line-ups with Actress in recent months, and today’s press release refers to him / her as London based, but that’s about it. Never Sleep is described as “this is the result of a lack of sleep – the obsessive expressions of a mind inspired by the city and the scene that has surrounded him for a long time”, and features appearances from Heidi Vogel and Lessons, on lead track ‘Lose It’, and Actress himself, who remixes the same track on the EP’s B-side.

The name Moiré, if you’re interested, refers to “an interference pattern created, for example, when two grids are overlaid at an angle”. It applies to Never Sleep‘s artwork [in the style above], and you can find out if it applies to the record’s music by downloading a track from it here (mind your eyes though, it gets nasty).

Never Sleep will be released on February 4.