Worship is the Cleansing of the Imagination 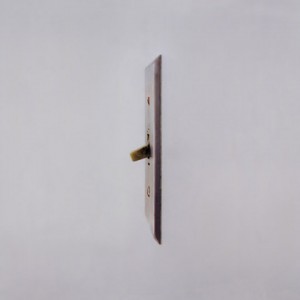 It was seriously sad news when in September last year, Aaron Turner, founder of experimental metal imprint Hydra Head – whose catalogue includes releases from Sunn O))), Neurosis, Converge, Harvey Milk, Lustmord and more – announced the labelʼs insolvency, a result of “years of imbalance between creative ideals and financial realities” and the “steady decline of the music industry in general”. Worship is the Cleansing of the Imagination is set to be its final release, and true to form, itʼs not going quietly.

Worship is the Cleansing is a split LP between JK Flesh (the prolific Justin Broadrick, of seminal Birmingham bands Godflesh and – briefly – Napalm Death, plus later Jesu) and Prurient (Dominick Fernow, owner of the Hospital Productions label and record store, as well as the artist behind a slew of Iraq War-themed industrial records under his Vatican Shadow alias). It seems apt that for its last transmission, Hydra Head brings together two leftfield heroes; differences aside, Broadrickʼs influence on Fernow and on extreme music in general borders on sacred proportions and through this intergenerational meeting of minds, Hydra Head crowns the liberation-through-aggression ethos thatʼs been its lifeblood for nearly 20 years.

The results are – predictably – spectacular. Fans of JK Fleshʼs brutal Posthuman will find plenty to love on his side of the release: ‘Fear of Fear’, as you might expect, is a punishing piece of power electronics that doesnʼt so much confront fear as smash you around the face with it. Clanking drums herald a deliciously masochistic, body-absorbing bassline, rendering the barrier between music and body porous and ripe for exploitation by a tumult of blistering percussion and a brittle industrial grind. ‘Deceiver’ is more overtly linked to the religious theme of the albumʼs title, opening with a warped church bell thatʼs sustained into abstraction as nosebleed drums erupt into an unholy cacophony. Less song and more superstructure, ‘Obedient Automaton’ closes Broadrickʼs side. Again, the bassline is nothing short of elephantine, and as it wavers from right to left, propulsive hi-hats, washes of feedback and splinters of melody threaten to burst the track open from within, like the buildup of gases in a corpse that eventually cause it to explode.

Where JK Fleshʼs music boasts the power to smash open your cranium, Prurientʼs is more likely to melt it, his sideʼs fearsome clout born from stealthy intimacy rather than a full-frontal assault. At its heart though, itʼs simply a different take on the shared theme of redemption and catharsis through the articulation of violence: ‘Chosen Books’ unfurls layer upon layer of noise drawn from a palette of distortion and decay, its looped vocal sample more foreboding with each repetition. Having built up to a demented climax, it ends with a jolt. ‘Entering the Water’ recalls the politer moments of 2011ʼs excellent Bermuda Drain. Lighter on the noise and heavier on the low end than ‘Chosen Books’, itʼs slightly less successful, and at under five minutes feels like an interlude between monoliths. Still, it jars you with that creepy, latent violence Fernow excels at, priming you for the record’s hypnotic finale. Itʼs hard not to read ‘I Understand You’ as a poignant swansong but, even apart from its context itʼs a profoundly affecting closer. A lambent melody lolls over an impasto of digital noise; opening up the contemplative space more commonly associated with ambient music, itʼs unrelenting and unabashedly lovely at the same time, culminating in a nauseous, abrasive squall that brings home the point of noise as a tool for transgression. ‘I Understand You’ might mark the end of an era, but instead of a miserable dirge, Hydra Head delivers a triumphal paean to its reign, a perfect valediction.