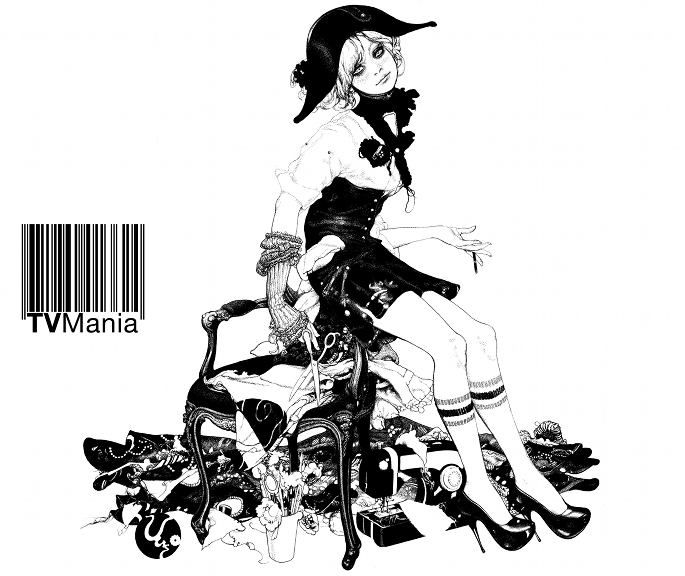 The TV Mania project dates back to the mid 1990s, when Rhodes and Cuccurullo plotted an album-cum-Broadway-musical satirizing the absurdities of contemporary consumerism and technological dependency. The result, TV Mania: Bored With Prozac And The Internet?, was conceived as a narrative piece about a family who trade their freedom for reality show fame – pretty prescient, as conceits go. Stitched together from television samples and looped rhythm tracks, it was intended as a sonic counterpart to the frantic pace of modern living.

Although Rhodes and Cuccurullo completed the project, the tapes were subsequently mothballed as Duran Duran priorities took over. Rhodes recently chanced upon the recordings, and decided to finally give the project a proper platform. The Vinyl Factory have now announced that they will give Bored With Prozac And The Internet? its first ever release in March.

The project will be available in two special limited edition packages. A box-set edition features a hand-dipped Polaroid signed by Rhodes, a signed paper drawing by Cuccurrullo and an exclusive newspaper print fold-out booklet. The edition also comes packaged in a lavish box with a front screen printed in black and gold, plus two white disco bags, four stamped black labels, and two 180g white vinyl discs. A gatefold edition, meanwhile, will feature the booklet, labels, disco bags and a screen-printed sleeve.

The release will also be supplemented by a selection of remixes from the likes of MNDR, The New Sins, Monikker and MSTMX, which will be released digitally in the coming months. Bored With Prozac And The Internet? by TV Mania is out on March 11.