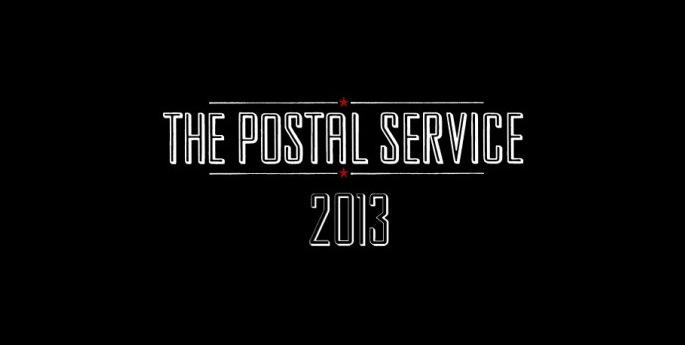 The duo behind loved-up indie classics ‘(This Is) The Dream of Evan and Chan’ and ‘Such Great Heights’, as well as the soundtrack to an entire generation of suburban Americans losing their virginity (there’s a reason their album was called Give Up, natch), Ben Gibbard and Jimmy Tamborello only released one album – the aforementioned Give Up – as the Postal Service before returning to their previous projects, Death Cab for Cutie and Dntel. Chances are, there won’t be another Postal Service album – in fact, the duo’s whole concept of collaborating over DAT tapes and envelopes seems decidedly alien at this point in time – but there’s been rumours of a live reunion for 2013 for months now, and a new website for the band, simply sporting the above image, appears to confirm this [via Stereogum].

Update: Billboard confirms that Sub Pop is prepping a deluxe edition of Give Up next month to commemorate the album’s 10-year anniversary, pointing out that the album is Sub Pop’s second highest-selling album, after Nirvana’s Bleach.

In addition, (as we guessed) The Postal Service is booked to play Coachella this year, according to three sources who confirmed to Billboard; additional dates and festivals are also in the works.