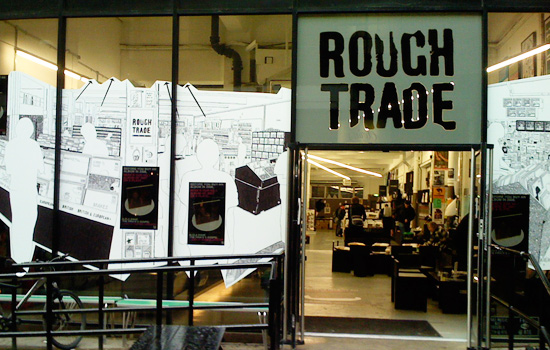 Rough Trade founder Geoff Travis has suggested that the brand could open new stores in the UK.

Speaking to The Independent today, Travis – who opened the first Rough Trade store on Portobello Road in 1978, as well as the now-separately run Rough Trade record label – explains that he “believe[s] in a tactile relationship with a musical product. That means physical music. It’s a big reason why there’s been such a revival in vinyl”, and claims that the increasing issues for high street music chains – most notably, of late, HMV – increases the need for independent record stores.

“There is a need for something, we feel”, Travis explains. “It would be great to do that in some other UK towns. It would be fantastic to have a store in Manchester and more around the UK. It’s possible we could open more, if people want that.” He does, however, go on to state that ” it’s better if people who have local knowledge in their own community do that.”

In 2007, Rough Trade opened a new store off Brick Lane (following the closure of their Covent Garden store), and Travis claims in this interview that the company’s latest venture, a store in Williamsburg, Brooklyn, should be open within the next six months. You can read the full piece here.

As well as high street chains like HMV, the last few years have proved tough for independent stores: 2013 has already seen New York’s Dope Jams and Aberdeen’s One Up fold.