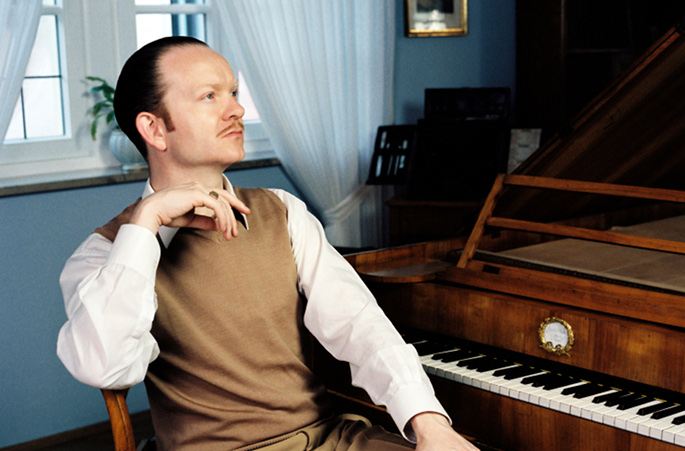 Man of many aliases Uwe Schmidt is to return with another album under his Atom ™ moniker.

HD will arrive on sometime Atom ™ home Raster-Noton, and will showcase nine new tracks from the producer, some of which date back to 2005. The record will feature guest vocals from flamboyant soul reanimator (and Brandt Brauer Frick collaborator) Jamie Lidell. Raster-Noton boss Alva Noto, Chilean singer Jorge Gonzalez, and electroacoustic composer Marc Behrens also contribute. Over to Schmidt:

“The initial selection of songs for Hard Disc Rock was of course a very different one, and while the years passed by most of those songs which did not continue to please, were one by one replaced by newer compositions (in fact the track “Stop (Imperialist Pop)”, which entered the album around 2009, does contain a fragment of an Atom track from 1998 called “Hard Disc Rock (don’t stop)”.) All of the ‘early’ tracks for the later re-entitled HD album necessarily were subject to profound changes in music and words, and I can say that by the time around 2012 Hard Disc Rock had completely transformed into something else.”

HD will arrive on March 18 on Raster-Noton.