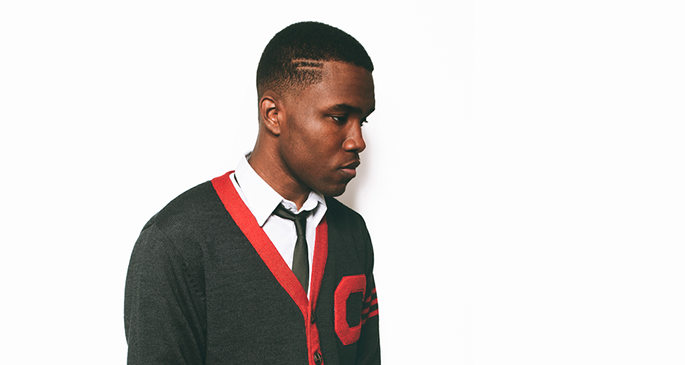 Frank Ocean and Chris Brown have again crossed paths, this time with police being called after an altercation in a Los Angeles car park.

The Channel Orange singer has history with Brown: in 2011, the two got involved in a public Twitter spat that led to Brown’s cousins following / harassing / threatening Ocean in a car, before uploading a recording of the whole incident to YouTube. Then, last Summer, Brown is reported to have made a dig at Ocean’s sexuality when talking to press outside of a nightclub (the news came weeks after Ocean “came out” in the open letter posted to accompany Channel Orange‘s release). Brown later denied this.

The latest incident, according to TMZ, stemmed from a disagreement over a parking space outside LA’s Westlake Recording studio. TMZ‘s sources claim that “as Chris went to leave, Frank Ocean and his crew blocked Chris from leaving. The sources say Frank said, “This is my studio, this is my parking spot.” We’re told Chris went to shake Frank’s hand … and that’s when one of Frank’s people attacked Chris. Sources connected with Chris say one of Chris’ friends jumped in front and hit Frank’s friend.”

Ocean, however, has a different version of events, Tweeting that he “got jumped” by Brown and “a couple guys”, before adding that he “cut my hand now I can’t play with two hands at the grammys.”

Police eventually cleared the scene, and spoke to Ocean – Brown was reportedly not there when they arrived. No arrests were made, and at this point no charges are being pressed. In better Frank Ocean news, it looks like we’ll be hearing ‘White Jesus’, his “lost” collaboration with Nas, sooner rather than later.