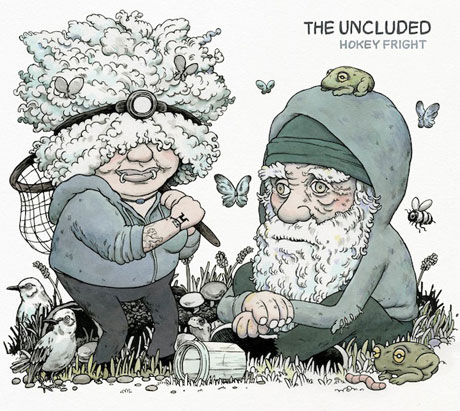 Dawson and Aesop have worked together for several years now, with Kimya guesting on Aesop’s last album Skelethon and the pair collaborating on a limited Record Store Day release last year – their first music under the Uncluded name. The Uncluded’s first album, Hokey Fright, will be released on May 7 through Rhymesayers, and “helps to tell the story of two people who are finding therapy through making art together”, made “in the wake of recent personal losses.” Aesop has spoken before about losing Camu Tao, a member of the Def Jux staple (Aesop’s previous label) who died in 2008, and how it influenced Skelethon – presumably his is one of the ghosts that haunts this album.

You can stream the first video from Hokey Fright, ‘Earthquake’, below.