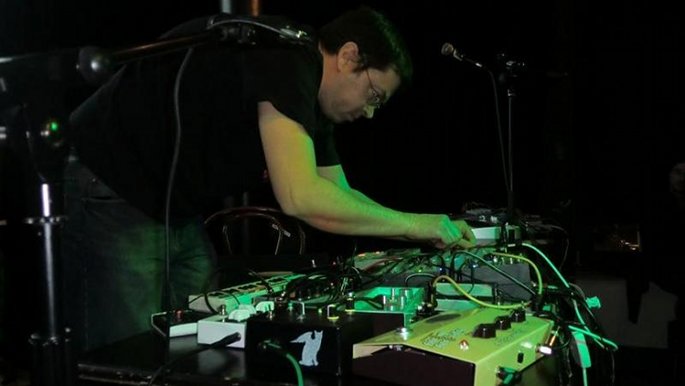 Tirelessly prolific, Edwards had a productive (and, presumably, sleepless) 2012.

The Bristol producer notched up a release on Punch Drunk, collaborated with Nochexxx and put out material on Further, Public Information and Mordant Music. He also made his long-overdue debut on Editions Mego with the Plekzationz disc, which collected assorted lo-fi esoterica recorded over the last three years. The relationship with Peter Rehberg’s label will continue with a second eMego disc, released as Ensemble Skalectrik.

Ensemble Skalectrik is a relatively recent Edwards alias, and sees the producer experimenting with improvisational practice. It’s one of Edwards’ strangest creative outlets: last year’s Snuff Mill Tapes ranks among the most arcane work Edwards has committed to tape, and a chaotic release for Feral Tapes saw him tip his hat to Italian noise figurehead Maurizio Bianchi.

Trainwrekz is due on Editions Mego on April 29.