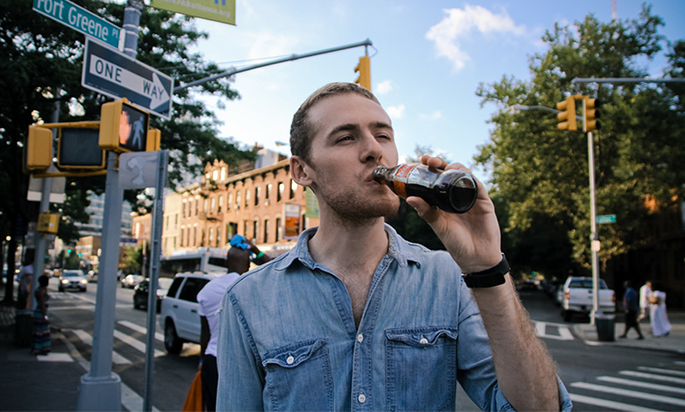 Having put Mister Saturday Night on the map, bright young thing Anthony Naples is launching a label of his own.

Naples debuted in 2012 with the Mad Disrespect EP on the fledging NY label; the title track – a bright-eyed, seriously catchy shuffler with plenty of New Jersey swing – was one of the most celebrated house releases of the year. The follow-up, last month’s Moscato disc, showed Naples wasn’t in the business of flukes: although tougher and gruffer, it kept ‘Mad Disrespect”s strange magic intact.

Naples has a new 12″ for The Trilogy Tapes in the works, but he’ll also be devoting his energies to a new label project. As Resident Advisor report, Naples has launched an imprint called Proibito (a word last seen slapped on the sleeve of Dean Blunt’s The Narcissist II reissue). The label will launch with a new 12″ from Royal Crown Of Sweden – or, as he’s better known, Huerco S, responsible for a string of ace releases on Opal Tapes. The R.E.G.A.L.I.E.R EP will feature three new tracks from the producer, plus a remix credited to “Nik, J. And Lori” (aka L.I.E.S muckers Bookworms, Steve Summers and Lori).

R.E.G.A.L.I.E.R is due on April 2. Clips are available to stream below.

Tracklisting:
A1 Vänern
A2 Vänern (Bookworms, Steve Summers, and Lori Mix)
B1 Vättern
B2 Mälaren