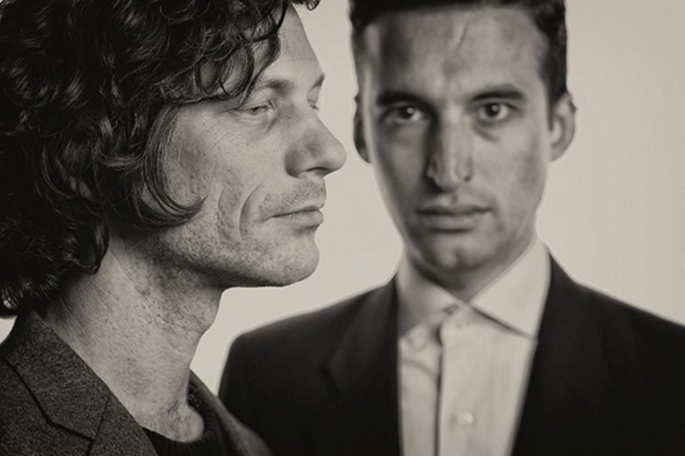 Acteurs is a band with considerable musical pedigree behind it.

Brian Case is better known as the frontman of the Kranky-signed Disappears, while Jeremy Lemos is one half of White/Light and has worked as sound engineer for such luminaries as Sonic Youth and Pavement. Rather than attempting to cram all that experience into a single mini-LP, though, the band’s self-titled debut is a record of fearsome focus, its spartan synth compositions falling somewhere between Throbbing Gristle’s more expansive moments and the taut nihilism of Ike Yard.

As such, Acteurs is the latest in a string of fine records from the Public Information imprint. But it also sits comfortably alongside a range of contemporary operators drawing on similar reference points – Factory Floor, Powell, Raime – in cultivating a distinctively bleak aesthetic for our times. FACT caught up with Brian Case to discuss the inspiration behind the band, exploring electronics and the duo’s rather nifty-sounding working method.

“Jeremy knows what he’s doing and I have no idea and that’s why Acteurs sounds the way it does.” 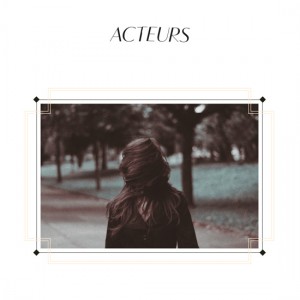 How and why did Acteurs come into being?

“Jeremy and I have known each other since 1998, but specifically Jeremy’s band White/Light collaborated with my band Disappears on a project and it went really well. I had some soundtrack work and did that with Jeremy and it turned out great as well, similar ideas and a really good working rapport. Sometime during then Jeremy closed his studio and set up shop in his house. We met for breakfast one day – he invited me over to see the new space. We wrote ‘Freezing Fog’ in a few hours. It was funny, we just turned everything on and started playing. That became the working method – meet for breakfast, make some coffee, turn everything on and see what happens, make a cocktail and listen back. Then I’d have to leave and grab my son from school [laughs].”

Could you explain the division of labour? Who does what in the band?

“It varies but usually revolves around Jeremy getting something going with the modular stuff and me saying ‘that’s it’ and then we build off off that. I guess I’m coming up with the vocal stuff and Jeremy is doing most of the recording but it’s very collaborative. I’d say Jeremy knows what he’s doing and I have no idea and that’s why Acteurs sounds the way it does.”

“This was the first time we both really wanted to try and make electronic music.”

You’re both involved in a lot of other musical activities – generally speaking of a more rock bent. What is it that Acteurs fulfills that those other bands don’t?

“I think it’s a lot of the same ideas we explore in the other groups just with different tools. For me a lot of it is about learning in a studio, making something I’m not as concerned about being able to replicate every night, and using synths and the modular stuff.”

How did your considerable experience with other musical projects inform your approach to the Acteurs project? Were there any things – either musically or in terms of the way you present and promote yourselves – that you specifically wanted to engage with or avoid?

“I think it was the first time we both really wanted to try and make electronic music. With Disappears we take a lot of influence from early electronic and dance, try to incorporate those ideas into the music, but it certainly doesn’t sound that way. With this we were really trying to be blatant about making music that was based in and played with electronics.”

Could you talk about the setup used: is it built around very particular equipment, or is it more nebulous?

“There’s some bass on there, space echo on almost every instrument, a Moog Slim Phatty, some prepared guitar, some iPad stuff – specifically the DM 1 drum machine app. Lots of make noise modules, some other modular stuff I really don’t know. Oh – a Synthesis Technology Cloud Generator and a Critter & Guitari keyboard, there are songs named after those.”

These tracks have a very live sound to them. Are they played live and committed to tape, or is there a lot of post-processing and multitracking involved?

“Everything was done in one take, usually built off of a starting point sound or idea though. I don’t think anything is synced up or on a grid – even some of the drum stuff was us hitting the screen, not programming the beats. We’re still guys who’ve played in bands our whole life so playing something live is much more intuitive than programming. Plus we wanted it to feel live and have those imperfections, that was important to us.”

“Uncertainty, war…it’s pretty dark out there!”

Acteurs seems to reference certain strains of post-punk and industrial that are enjoying a revival at the moment through labels like Blackest Ever Black and artists like Powell and Factory Floor. Were you aware of and inspired by these other musicians when you were making the album, or is that similarity a coincidence? Are these long-term influences of yours? Why do you think these sounds are coming back into favour now?

“I’m really into Factory Floor, I’ve been watching them since that first single – I still play it almost every time I DJ. I’ll look into Powell, haven’t heard that. I was turned on to BEB by a friend in London, he played me that Tropic of Cancer 12″ and I went out and bought everything I could find on the label. I wasn’t really talking to too many other people about this type of stuff besides Jeremy so it was natural that we did something together. We were trading music back and forth before we ever conceived of Acteurs – he sent me that F.C. Judd compilation, I sent him Ike Yard and it just went from there. I think we’ve always leaned towards the more noisy, experimental strands of music. Chicago has a really rich history of that so it was almost impossible for it not to be an influence. As far as that sound coming back around it’s hard to say, I think the climate in the world has something to do with it – lot’s of uncertainty, war – it’s pretty dark out there!”

Finally, what are your plans after the release of the album? Do you have any more recordings in the pipeline?

“We’re really hoping to do some shows soon. We’ve got a handful of tracks we’re sitting on that it’s time to revisit – see if anything is there. It’d be great to get a 12″ out this year, get over to the EU / UK and start work on a new album.”