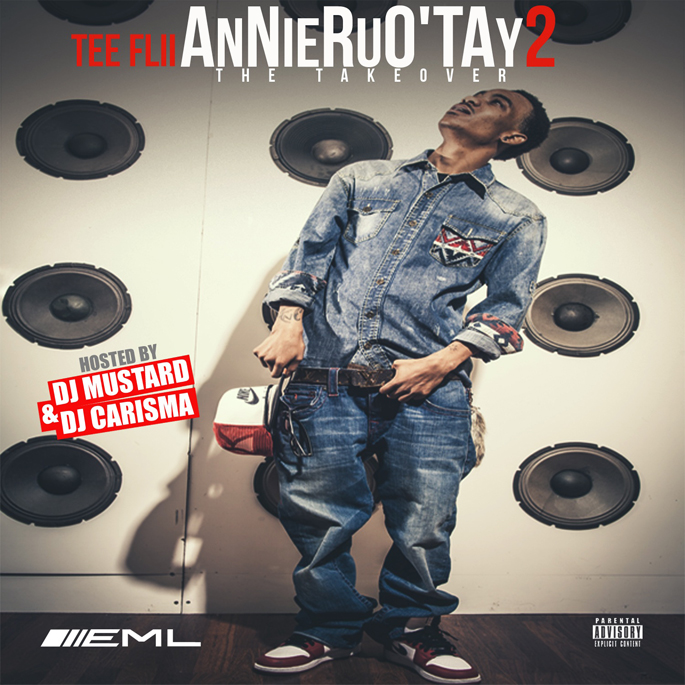 LA newcomer Tee Flii might not be a household name just yet, but with two great mixtapes in just over three months he’s certainly giving it his best shot.

Hosted by ‘Rack City’ don DJ Mustard, AnnieRUO’TAY2 might be a mouthful to say, but it quickly shows that Tee Flii is following in the footsteps of The-Dream, Jeremih and Miguel with a slippery selection of low-key street R&B slow-burners.

Most likely influenced by the low-lit LA nightlife, Flii’s greatest asset is his air of sleazy mystery, something no doubt drawn from the local and at one time inescapable jerkin’ scene that gave birth to DJ Mustard’s career. Even on the most outwardly soulful tracks Flii manages to insert a backdrop of unease, not least on the selection of tracks he produced himself which are blessed with the creepiest synth-lines you’re likely to hear in R&B. [via The Fader]