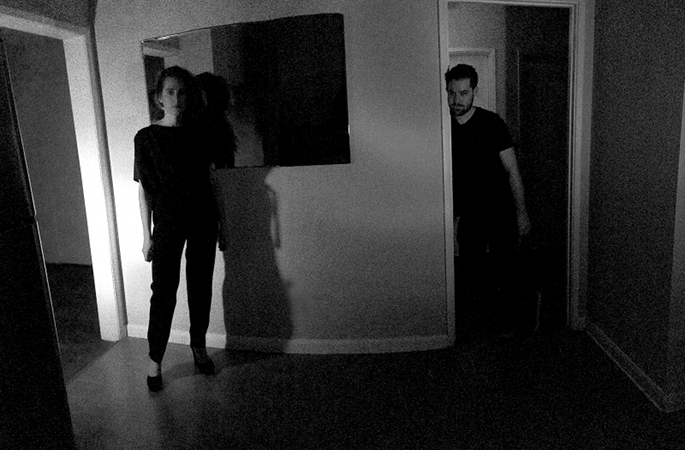 “Dva Damas has California written over it,” says Taylor Burch, the band’s founder and figurehead.

Fitting, then, that they’re the first act to release a record on Downwards America, the new US offshoot of Karl ‘Regis’ O’Connor’s now two-decades-old, Birmingham-born label. Downwards America is being operated by John Mendez, O’Connor’s longtime cohort and collaborator in Sandwell District; and it was Mendez who, after attending Dva Damas’s first public live show in 2009, signed them on the spot to record their debut single.

That self-titled, three-track EP came out on Downwards in 2010 – part of the DO series that O’Connor and Mendez co-curated and which introduced the world to such other notable talents as Tropic of Cancer (of which Burch is a touring member), Pink Playground and The KVB. The 10″s title track remains, for this writer, the band’s calling card, a deliciously swaggering synthesis of post-punk minimalism and bloodthirsty, Crampsy rock ‘n roll; at the time it bemused a lot of people who still associated Downwards with thunderous industrial techno, but it was a prophetic release, anticipating and contributing to a sub-cultural sea-change that has seen the worlds of tortured art-rock and dark-hearted electronic music collide and collude with a vigour not seen since the 1980s.

Dva Damas’s debut LP, Nightshade, expands on the Spaghetti Western vibe hinted at in the lurching guitar twangs of their debut EP, its Morricone-esque flourishes conjuring vast and blasted desert landscapes inhabited by a new breed of existential cowboy and cowgirl. FACT decided to catch up with Burch to find out more about it.

“Our direction is forward.” 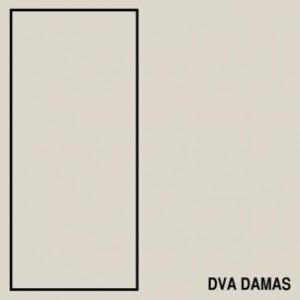 How did Dva Damas first come into existence? How has it evolved over time?

“Dva Damas started out as an at-home solo project in 2009. Early on I began recording with Joe Cocherell and this led to a natural partnership that continues to be productive. In regards to members, it has been Joe and I. We’ve had a revolving door of live members that today include Josie Crowley, Zeke Gamil and Camella Lobo.

How did you approach the recording of the album, musically and conceptually speaking?

“I guess you could say this album was approached without any approach at all. There was no plan of attack or any of that. As I wrote the demo for the title track, ‘Nightshade’, it became a ‘pilot episode’ of what was to come next, musically. Conceptually, why and how isn’t always clear right away, but as the tracks takes shape, the dots connect and the concept surfaces.”

Did you record everything in the same sessions with the end goal of an album in mind, or did it come together more haphazardly than that?

“The idea of an end product came about after the song, ‘Nightshade’ was written. We originally intended to pursue a four-track EP, as the project progressed it ended up turning into a full-length album.”

You’re a touring member of Tropic of Cancer. Has your experience of working with that band had any effect on your own music?

“I’ve gained a lot of positive experience by way of Tropic of Cancer. I wouldn’t say that Camella’s music has affected my music directly. However, going through the motions with Tropic – the new places, the new situations – these experiences have altered my perspective and have definitely made an impact on my music. Not to mention my life.” 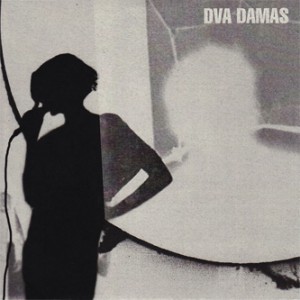 The album is coming out on Downwards America. How did you first encounter John Mendez and Karl O’Connor, and what made you want to work with them?

“I met John at our first public show, he was one of the few in the audience when we played. After our set he asked if we would be interested in doing a release on Downwards. At first we didn’t know how seriously to take the offer, it was our first show and we’re pessimistic.

“John emailed me the next day saying that Karl was into it and that the record was happening. In this email he said something like, ‘remember, do what you want and it will be right.’ I really liked that. I think this attitude comes across in all that John and Karl do and I’m proud to be working with them.”

“Dva Damas has California written all over it.”

Can you clear up once and for all how you pronounce your name? It’s Nadsat slang from  A Clockwork Orange, right? So…”duvva damas”?

“Yes, I say ‘duvva damas’. I don’t know if that’s actually correct, I just like to say it that way.”

You’re based in California. How does “place” impact upon your music? Certainly the desert feel of LA and its environs seems to come through on the album…

“I’ve been living in California my whole life. People always seem to be surprised by this, but to me, it’s quite obvious: Dva Damas has California written all over it.

“Place is important, as are the notions and mythologies behind it. The album has a lot to do with place and is very much a fiction versus non-fiction depiction of the past, present and future of the ‘Western Frontier’.”